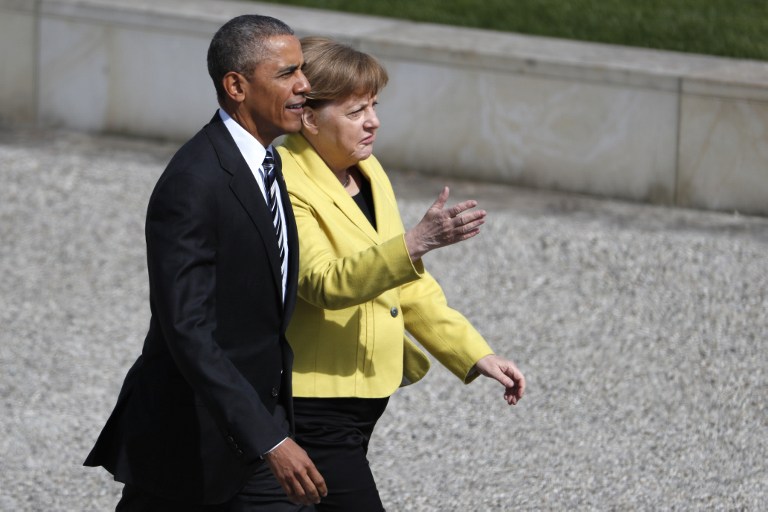 BERLIN, Germany – US President Barack Obama and German Chancellor Angela Merkel argued Wednesday, November 16, for a transatlantic trade deal and stressed that there will be “no return to a world before globalization”.

Their joint article comes as Obama’s successor Donald Trump has pledged to rip up existing trade deals and assume a more protectionist course for the world’s top economy.

Obama, on his European farewell tour, was visiting Merkel from late Wednesday to Friday (November 16-18), when they will also meet the leaders of Britain, France, Italy and Spain in Berlin.

In business magazine Wirtschaftswoche, Obama and Merkel stated their case for a socially responsible market economy, worldwide free trade and ever closer ties between the United States and Europe’s top economy.

“There will be no return to a world before globalization,” they wrote in the German-language article to be printed in full in Friday’s (November 18) edition of the weekly.

Germans and Americans should grasp the opportunity “to shape globalization according to our values and ideas,” they wrote.

“We owe it to our companies and our citizens, indeed to the entire world community, to broaden and deepen our cooperation.”

Both leaders argued that the EU and US must sign the controversial trade deal called the Transatlantic Trade and Investment Partnership, which has been the target of protests especially in Europe.

They argued that “trade and investment raise living standards” and that “both German and American employers and employees, consumers and farmers would benefit from TTIP”.

“We are stronger when we work together,” they wrote. “Now that the global economy is developing faster than ever and global challenges are greater than ever, this cooperation is more important than ever before.”

But the outgoing president added that “I firmly believe that the best hope for human progress remains open markets, combined with democracy and human rights”. – Rappler.com