Nov 17, 2016 9:30 AM PHT
Agence France-Presse
Facebook Twitter Copy URL
Copied
In the wake of Trump's presidential election last week, the Mexican foreign ministry unveils 11 actions that it will undertake through its embassy and 50 consulates in the US so Mexicans can 'avoid being victims of abuses and fraud' 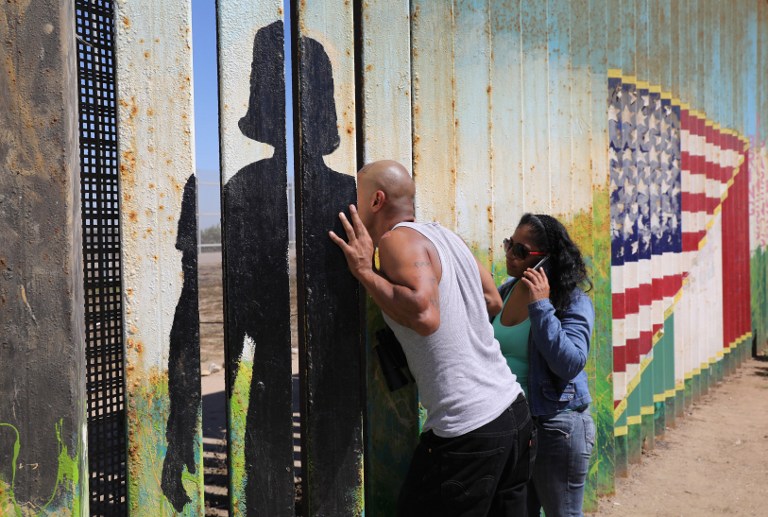 In the wake of Trump’s presidential election last week, the foreign ministry unveiled 11 actions that it will undertake through its embassy and 50 consulates in the United States so Mexicans can “avoid being victims of abuses and fraud.”

The program, she said, aims to give information about the “possible immigration actions” that could take place “from February.”

While Ruiz Massieu did not mention US President-elect Trump, the Republican billionaire will take office on January 20 following his surprise victory in the November 8 election.

Trump said in an interview with CBS television’s 60 Minutes program broadcast Sunday, November 13, that as many as 3 million undocumented immigrants with criminal records would be deported or incarcerated.

Ruiz Massieu later told El Universal that while it remains to be seen what will happen when Trump takes office, for now his plan “does not appear very different” from President Barack Obama’s policy of prioritizing deportations of criminals. (READ: Trump vows immigration crackdown, but unclear how far he’ll go)

The United States has an estimated 11-12 million undocumented migrants, mostly of Mexican origin.

Trump infuriated Mexicans calling migrants from their country “rapists” and drug runners when he launched his campaign last year, vowing to build a border wall to keep them out.

The Mexican foreign ministry said it would activate a free 1-800 hotline, open 24 hours per day, “to deal with any doubts about immigration measures or report incidents.”

The ministry said its program includes urging Mexicans “to avoid any situation of conflict and not commit actions that can lead to administrative or criminal sanctions.”

The government is also deploying more mobile “consulates on wheels” and increasing appointments for passports.

Mexico’s ambassador to the United States, Carlos Manuel Sada, told reporters in Mexico City that the government has immigration lawyers in the neighboring country who can help.

“We will be closer to you than ever to keep you informed, accompany you and defend you,” Ruiz Massieu said.

“You are not alone, we are with you,” she said.

President Enrique Peña Nieto plans to meet with Trump, possibly before the president-elect’s inauguration in January.

Immigrants could be more vulnerable to fraud schemes from fake immigration lawyers who promise to help them legalize their situations for $8,000, he said.

Morones said it was important for Mexico’s government to act because “hate incidents have increased since the Trump campaign began.” – Rappler.com