Nov 17, 2016 3:29 PM PHT
Agence France-Presse
Facebook Twitter Copy URL
Copied
Trump is set to receive Abe at his Trump Tower headquarters, in an encounter that will be closely watched for hints on long-standing security pacts that he has called into question 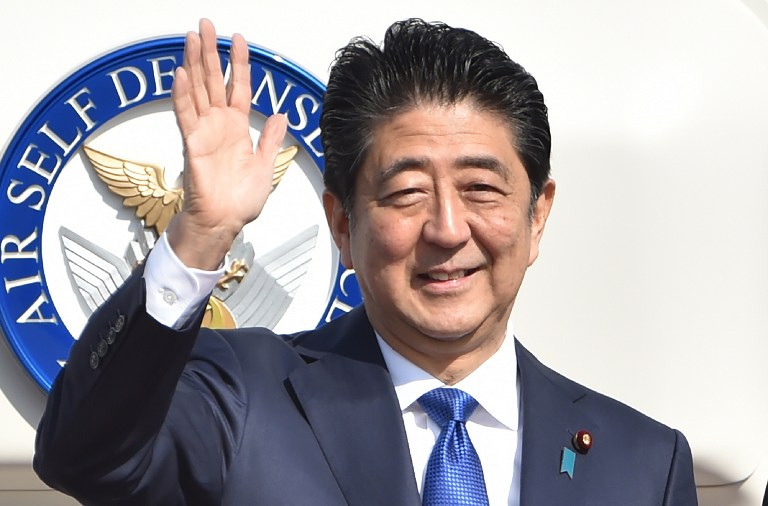 The brash billionaire is set to receive Abe at his Trump Tower headquarters on Thursday evening, in an encounter that will be closely watched for hints on long-standing security pacts that he has called into question.

“I’m honored to meet with President-elect Trump ahead of other world leaders,” Abe told reporters. “I’d like to discuss with President Trump our dreams for the future.”

Trump’s blithe comment during the campaign that the US might be “better off” with nuclear-armed Asian allies has thrown into question the US security umbrella over Japan and South Korea.

His later disavowal of the remarks has done little to restore confidence in Washington as the lone superpower ready to face down a rising China and a capricious North Korea.

Trump has also talked about yanking thousands of troops from the region unless Tokyo and Seoul pay more of their hosting costs, despite the opportunity that would present to China and its ambitions for regional supremacy.

“The Japan-US alliance is the cornerstone of Japan’s diplomacy and security,” Abe said before departing. “The alliance works only when there is trust.”

“I’d like to build trust with Mr Trump and work together hand in hand for the peace and prosperity of the world.”

Dozens of leaders including China’s Xi Jinping and Russia’s Vladimir Putin have spoken with Trump by phone since his shock November 8 election victory.

The New York Times said offices of foreign leaders were blindly dialing in to Trump Tower as they scrambled to get the future president on the phone, prompting a denial and an insistence the transition is proceeding smoothly.

Australian Prime Minister Malcolm Turnbull was only the second to get through, in a call set up by sports legend Greg Norman who is golfing buddies with Trump, it emerged Thursday.

And he has also vowed to block the vast Trans-Pacific Partnership (TPP) free trade deal, which has been championed by Abe and US President Barack Obama.

“I hope to share the importance of the Trans-Pacific Partnership,” Abe said before departing for the US ahead of the APEC summit of 21 Pacific Rim economies in Peru, where leaders will defend the tenets of free trade.

The 12-nation TPP has been a key component of Obama’s “pivot to Asia” and envisaged as a counterweight to China’s expanding economic influence.

Abe told parliament this week that a collapse of the pact could shift momentum toward a rival trade deal promoted by China.

Despite the faultlines, the Trump camp made positive noises ahead of the meeting with Abe.

It “shows Mr Trump’s commitment to the relationship” with Japan, Republican Devin Nunes, a member of the presidential transition team, told reporters after talks with an Abe aide in Washington to prepare for the meeting.