Renzi says he will quit if ‘No’ wins in Italy referendum 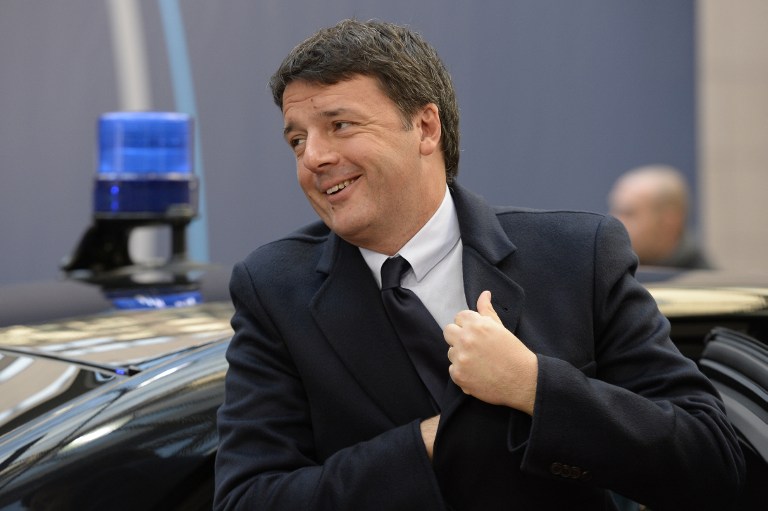 ROME, Italy – Italian Prime Minister Matteo Renzi said on Thursday, November 17, he would not head a technical government tasked with preparing a snap election if the “No” vote wins in a constitutional referendum next month.

“I’m not the sort to cling to a throne of power for power’s sake. I’m only here if I can change things,” Renzi said.

“If the citizens vote ‘No’… I’m not going to be the one who agrees with the other parties to form a technical government tasked with just one aim,” that of reforming the electoral law before a possible snap vote, he told RTL 102.5 radio.

Italy holds a referendum on December 4 on proposed constitutional reforms that are considered the most important in the eurozone country since World War II.

They are aimed at increasing political stability in a country which has had 60 governments since 1946, by streamlining parliament and the electoral system.

However, the referendum has become a vote of confidence in the centre-left prime minister who took office in early 2014.

An opinion poll released Thursday showed that 34% of Italians would vote “No” and 29% “Yes”.

But 37% are still undecided, according to the survey published by the Il Sole24Ore newspaper.

If the “No” wins, Renzi would have to step down, several political experts predict.

“It is difficult to imagine how he could not do that,” Giovanni Orsina, a political science professor in Rome, said recently.

President Sergio Mattarella could task Renzi with leading a technical government, a scenario Italy has witnessed in previous political crises.

The cabinet would be tasked with amending the electoral law before a snap election.

Renzi on Thursday rejected such an outcome, saying he would not take part in “little games of old-style politics”. – Rappler.com