Nov 18, 2016 8:44 PM PHT
Agence France-Presse
Facebook Twitter Copy URL
Copied
The near-certain death of the arduously negotiated, not-yet-ratified 12-nation agreement leaves a vacuum that China – which was excluded from the Trans-Pacific Partnership – is keen to fill with its own proposed deals 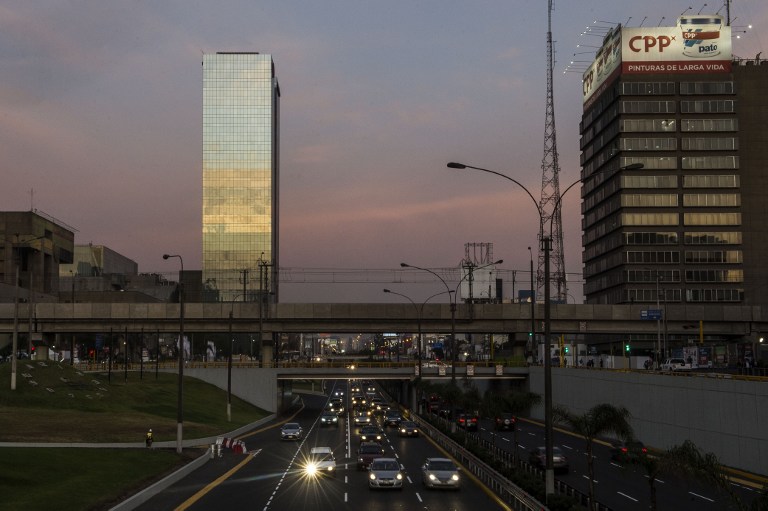 LIMA, Peru – China heads into a summit of Asia-Pacific leaders Friday, November 18, strengthened by the victory of US President-elect Donald Trump, whose protectionism has left the region looking to Beijing for leadership on free trade.

Trump’s upset in last week’s election has created an opening for China to extend its already massive economic clout in the Pacific Rim, a region hungry for free trade deals.

The brash billionaire has vowed to scuttle US President Barack Obama’s key trade initiative in the region, the Trans-Pacific Partnership.

The near-certain death of the arduously negotiated, not-yet-ratified 12-nation agreement leaves a vacuum that China – which was excluded from TPP – is keen to fill with its own proposed deals.

Chinese President Xi Jinping is holding a strong hand as he meets Obama and other leaders from the 21-member Asia-Pacific Economic Cooperation group (APEC) this week.

“There is no doubt that if the TPP fails it will be a huge win for China, politically and economically,” said Brian Jackson, a China economist at consultancy IHS Global Insight.

“On the political side, TPP negotiations took years and plenty of political capital in partner countries, so its failure would create a credibility gap,” he told AFP.

“Economically… it will provide China with a stronger negotiating position as one major alternative source of demand.”

Trump is not at the summit in Lima, Peru.

The Republican president-elect successfully tapped the anger of working-class voters who feel left behind by globalization, vowing to protect American jobs against cheap labor in countries like China and Mexico.

That, together with his attacks on immigration and the US role as “policeman of the world” — plus Britain’s surprise “Brexit” vote – has unleashed deep uncertainty about the postwar world order.

And it leaves China, a country the United States once considered a threat to free-market capitalism, as the unlikely leader of the movement for open trade.

Even longtime US allies in the Asia-Pacific region now say they are keen to get on board with Chinese-backed alternatives to TPP.

Beijing is pushing an APEC-wide Free Trade Area of the Asia-Pacific (FTAAP) and a 16-member Regional Comprehensive Economic Partnership (RCEP), which includes India but not the United States.

The impending new era in the US has created an odd limbo on the global scene.

“There are more questions than answers. This issue (uncertainty) is going to absorb the entire summit.”

US Secretary of State John Kerry sought to sound an optimistic note Thursday as he met with key allies in Lima.

“Everybody is looking forward to building on a good, solid trade relationship and we had good discussions,” he told journalists.

But economists warn Trump’s policies, if they follow through on his campaign pledges, would unleash chaos on our highly interconnected world economy.

A protectionist turn for the US would cause “huge adjustment difficulties for countries that have grown through trade,” said Robert Lawrence, a trade expert at Harvard University.

“It’s going to be hugely disruptive for the world. And I don’t think that the trade part of his program is going to do much for the American workers who he claims to want to help.” – Rappler.com