Nov 20, 2016 2:47 PM PHT
Agence France-Presse
Facebook Twitter Copy URL
Copied
The US-style primary is the first such contest by the French right, organized partly in response to the rise of the far-right National Front (FN) 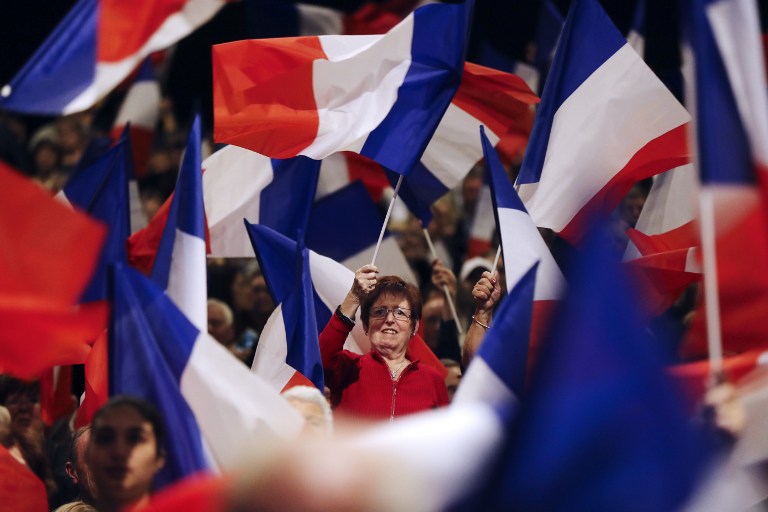 A late surge by the third-placed Francois Fillon, who was prime minister under Sarkozy, catapulted him into pole position for the first-round primary vote.

A voter survey on Friday gave 62-year-old Fillon 30% to 29% for both Sarkozy, 61, and Alain Juppe, 71, also a former prime minister who had been the frontrunner for the past two months.

The US-style primary is the first such contest by the French right, organized partly in response to the rise of the far-right National Front (FN) following the massive influx of migrants into Europe and the devastating series of jihadist attacks in France.

The outcome is crucial because with the French left divided, the nominee who emerges from a November 27 runoff is tipped to go on to take the presidency in May after besting FN leader Marine Le Pen.

Juppe’s strategy of playing the moderate against the fiery Sarkozy and the reform-minded Fillon appears to be backfiring.

“We were expecting a duel but in the end a 3-way contest has emerged,” political scientist Jerome Jaffre said in Le Figaro newspaper on Thursday, November 17.

A question of style

A final TV debate of the 7 candidates on Thursday produced no clear winner, although viewers polled afterwards said Fillon put in the strongest performance.

The brash Sarkozy angrily ducked a question about fresh claims that he received millions in funding from the late Libyan leader Moamer Kadhafi towards his 2007 campaign.

The case is one of several investigations that have dogged Sarkozy since he left office in 2012, losing to the Socialist Francois Hollande following what was dubbed a “bling-bling” presidency because of his flashy lifestyle.

The 3 leading candidates have similar programs, underpinned by pledges to reinforce domestic security in a country still under a state of emergency following the jihadist attacks.

Ultimately, the choice will come down to style.

Sarkozy has emphasized his tough-guy credentials, saying it makes him a better choice than the mild-mannered Juppe to handle Donald Trump, the volatile US president-elect.

Fillon, who is popular in the business world, has promised “radical” economic measures but is the most conservative of the three on social issues.

Juppe has capitalized on the deep unpopularity of both Hollande and Sarkozy, who remains a highly divisive figure in France 4 years after he left office.

Another unknown factor in Sunday’s first round is the number of left-wing voters prepared to pay two euros ($2.1) and sign a declaration that they subscribe to “the values of the center and the right” to vote in the right-wing primary.

Those who do are expected to vote against Sarkozy.

The nomination of the right-wing candidate on November 27 is expected to trigger Hollande’s announcement on whether he intends to bid for re-election.

On Wednesday, November 16, Hollande’s former economy minister Emmanuel Macron, 38, announced he would stand as an independent.

Polls will be open from 0700 GMT to 1800 GMT in mainland France, with the first indicative results expected around 2130 GMT. – Rappler.com