Nov 22, 2016 6:30 PM PHT
Agence France-Presse
Facebook Twitter Copy URL
Copied
Pencak silat will feature for the first time in the Asian Games when they come to Indonesia in 2018. Officials then want to take it to the Olympics, and hope it could one day be recognized by UNESCO. 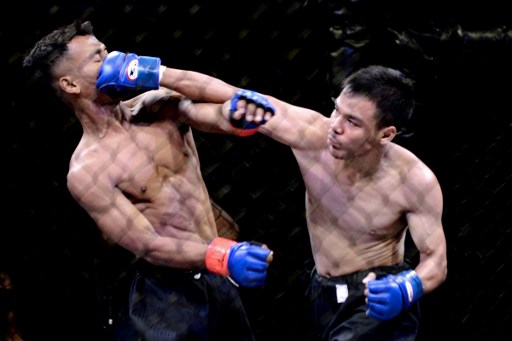 JAKARTA, Indonesia – Some fight with machetes 3-feet long, others are armed with daggers curved like the claws of big cats, while other combatants rely on only their minds.

This is the world of “pencak silat“, or Indonesia’s martial arts, which are now battling for greater global recognition – having secured a place in the Asian Games, the government is now hoping for Olympic glory.

They are held dear by many Indonesians because of historical links with the country’s struggle for independence when anti-colonial groups used the martial arts to take on the archipelago’s then Dutch rulers in the 20th century.

But despite being practiced for centuries across Southeast Asia, pencak silat has struggled to receive the same international recognition as other Asian martial arts, such as karate and taekwondo.

The Indonesian government is seeking to change that.

Pencak silat will feature for the first time in the Asian Games when they come to Indonesia in 2018. Officials then want to take it to the Olympics, and hope it could one day be recognized by UNESCO.

“Pencak silat has it all – the sport, the art, the spiritual side,” said Erizal Chaniago, secretary general of the Indonesian Pencak Silat Association.

“That is what makes it unique and special when compared to martial arts from other countries.”

Pencak silat is an umbrella term for a family of about 800 related Indonesian martial art forms. They are linked by their emphasis on defense rather than attack, and are characterized by fluid, dance-like movements.

Some styles use full-body combat involving strikes and grappling, others focus on fighting with weapons, while some involve performing moves as a kind of dance show with no contact.

One of the best known is the “tiger-claw” style practiced on western Sumatra island, where practitioners stay crouched down low to the ground as they take on their opponents.

Java island’s “Kanuragan” is linked to local mystic beliefs, and supposedly gives its practitioners supernatural powers including protection from attacks by weapons.

Some “Kanuragan” experts are said to have proven their mastery of the style by stabbing and cutting themselves without sustaining any injuries.

Recently at a gym in the capital Jakarta, a 12-year-old boy stood stock still as a coach smashed bricks over his head and stomach during a training session in a form of the martial art called “Pencak Silat Basic Energy”. 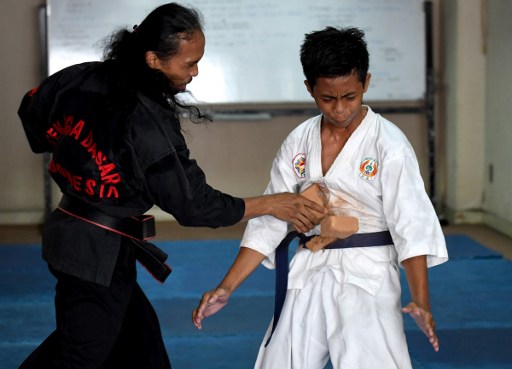 The style mixes traditional moves with specialized breathing techniques and is meant to help the body withstand strong blows.

“It makes me confident enough to do anything,” said participant Indra Surya Pringga, 28, adding that the martial art had helped him re-gain strength and recuperate after a serious lung infection.

Coach Rudi Trianto said the students were taught that pencak silat is first and foremost about self-defense.

“We teach our students how to fall so they know how to bounce back in life,” he said. “We don’t teach them to be arrogant or to have a killer instinct.”

The version that will feature in the Asian Games is likely to be one of the traditional fighting styles.

“It will pave the way for us to reach our two main goals – competing in the Olympics and for pencak silat to be recognized as part of Indonesia’s national heritage by UNESCO,” said sports ministry spokesman Gatot Dewa Broto.

UNESCO draws up a list of “Intangible Cultural Heritage” around the world that is in need of protection.

Gaining entry into the Asian Games, the biggest multi-sport event in the world after the Olympics, was easy because Indonesia, as hosts, could nominate the sport for inclusion themselves.

Officials concede getting pencak silat into the Olympics will be far tougher. To become an Olympic event, a sport must first be recognized by the International Olympic Committee and then a long, costly campaign is necessary before a final decision is taken.

Still, proponents of the sport are upbeat and want pencak silat to be central to a drive to promote Indonesia globally, comparing it to the success of South Korean entertainment exports which have helped familiarize the world with Korean culture.

“It is just like when South Korea was trying to promote K-pop,” said Broto. “We should make pencak silat part of cultural diplomacy.” – Rappler.com