One dead, one missing as storm batters Britain 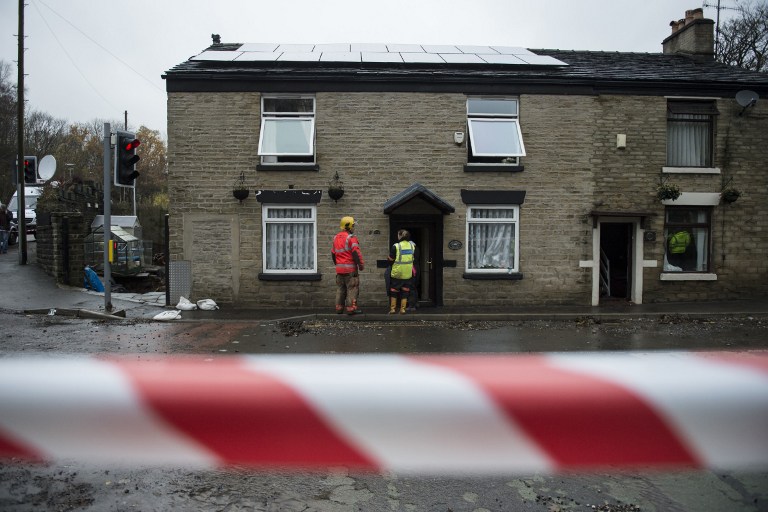 LONDON, United Kingdom – A woman died and a pensioner was missing Tuesday, November 22, as flash floods and strong winds swept across Britain, stranding a ferry carrying 150 people for 26 hours.

The 39-year-old woman was rescued from the sea off England’s south coast early Tuesday, but later died in hospital, according to Kent Police.

“A 39-year-old lady rescued from the sea in Folkestone has sadly passed away despite efforts from emergency services to save her,” said the force.

South Wales Police on Tuesday also resumed the search for Russell Sherwood, 69, who disappeared after setting off on a car journey as “Storm Angus” first hit on Sunday, November 20.

Fading light and bad weather had earlier forced rescue teams to call off their search.

“The river is very swollen and fast flowing, and as such specialist officers with specialist equipment are conducting the search.”

Elsewhere, howling gales marooned a ferry off the Welsh coast after it was judged to be too dangerous to dock.

The 150 passengers on board eventually reached land at Fishguard, south Wales, at 11:00am (1100 GMT), having spent over a day in the Irish Sea.

Rail operator Network Rail warned commuters of  “major disruption” on some routes while hundreds of homes were left without power in north east England.