Back to 1930s nationalism? Historians battle over comparison

Nov 23, 2016 12:30 PM PHT
Agence France-Presse
Facebook Twitter Copy URL
Copied
So, as the return of ultra-nationalism, xenophobia and anti-elitism spur Trump, anti-EU voters in Britain and a host of far-right parties in Europe, does history offer comfort or cause for concern? 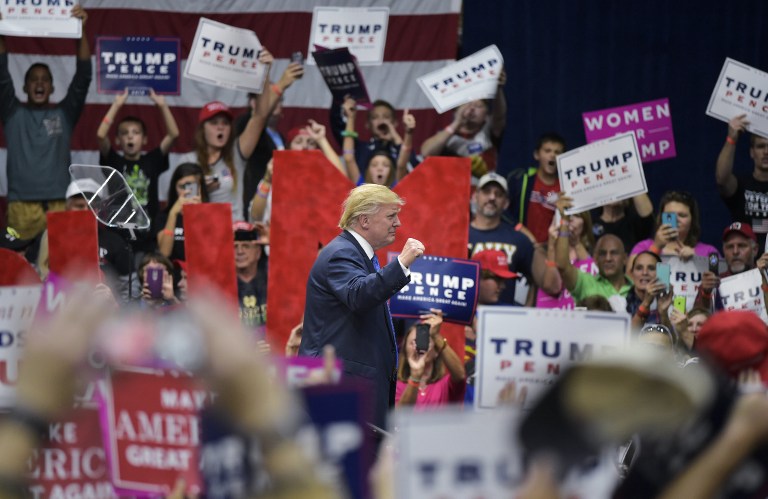 Eight decades later, the satirical piece of fiction by Sinclair Lewis has gained a new lease of life, becoming a bestseller online following Donald Trump’s stunning victory in the US election.

Observing Windrip at a presidential campaign event, a journalist describes him as “almost illiterate, a public liar easily detected, and in his ‘ideas’ almost idiotic”.

Written as virulent nationalism spread disastrously in Europe, and to a lesser extent in America, the book’s revival reflects a surge of interest in one of the 20th century’s darkest decades.

The parallels between the current time and what one writer describes as the “Morbid Age” of the 1930s has led to a fierce debate between historians about how far the comparison can be taken.

“We are facing a cataclysmic moment,” renowned British writer and broadcaster Simon Schama warned following Trump’s election, recalling that Hitler came to power via the ballot box in the 1930s.

Antony Beevor, another best-selling heavyweight on European history, rebuked him. “It is too easy for alarmists to fall for the temptation of lazy historical parallels,” he wrote.

So, as the return of ultra-nationalism, xenophobia and anti-elitism spur Trump, anti-EU voters in Britain and a host of far-right parties in Europe, does history offer comfort or cause for concern?

The Great Depression of the 1930s, sparked by the Wall Street crash of 1929, has echoes of the global financial crisis caused by the sub-prime crash of 2008.

Seething with anger at the financial and political elite, struggling or unemployed workers in the 1930s grew bitter and despondent and openly questioned the future for their children.

Many blamed foreigners or Jews, became attached to an idealized past, and worried about the spread of their enemies, abroad and at home. In the 1930s, the threat was Communism, now it is radical Islam.

The expansion of transatlantic shipping, air mail, radio, industrial mass production and Hollywood cinema gave a sense of time accelerating and the world closing in.

French historian Pascal Blanchard, who has written a book on the period, calls the 30s “the start of globalization” that generated many of the same cultural and economic anxieties visible today.

Governments reacted by trying to protect their economies with tariffs and barriers, sparking an international trade war.

On the other side of the world, a nationalistic Asian power with territorial ambitions added to concerns. It was Japan, which invaded the present-day Asian hegemon China in 1931.

In Austria, where the far-right came within 31,000 votes of winning a presidential election in May this year and could still win in next month’s re-run, a far-right chancellor came to power in 1932 and destroyed the country’s democracy.

As fascism spread, the decade was defined by Germany looking to avenge its humiliation after World War I. Could Vladimir Putin’s Russia, pained by the decline of the Soviet Union, be the modern equivalent? 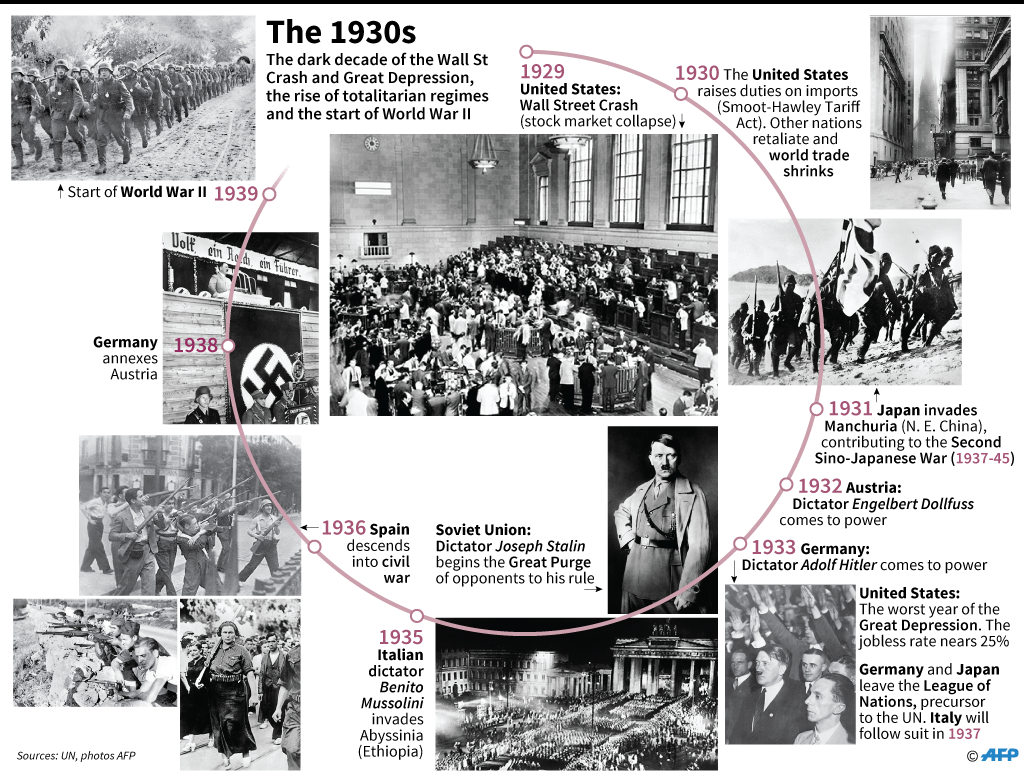 Ian Kershaw, a world authority on the rise of Hitler, admitted to Agence France-Presse that during his research for a new book on Europe from 1914-1949 some similarities “make the hair stand up on the back on your neck”.

“But I don’t think we are returning to the dark ages of the 1930s because there are big differences as well as superficial similarities,” Kershaw insisted.

Chief among the differences is the role of Germany, now a beacon for liberal democracy, committed to peace and a lynchpin of the stabilizing force that is the European Union, Kershaw says.

The Europe of today, “admittedly flaky in parts when you look at Hungary and Poland”, bears no comparison with the authoritarian states of 80 years ago.

“Just look at the balance between military and social welfare spending of then and now,” he added.

Richard Overy, author of The Morbid Age: Britain Between the Wars, agreed.

“We live in a world of settled nations, there are no longer global colonial empires, and the West is richer than it has ever been,” he told Agence France-Presse.

“There are no lingering resentments from the war, and mass politics has developed and stabilized everywhere. This is why historical parallels with the 1930s seem so misplaced.”

Nuclear weapons have also radically changed strategic thinking about war, while governments — so far — have avoided the pitfalls of protectionism.

‘The reactions are the same’

It’s a debate that looks likely to linger.

Blanchard, author of The 1930s Are Back, stresses that he is not predicting another world war.

But he believes his contemporaries are complacent and too optimistic about the strength of international institutions like the EU in the face of very familiar circumstances.

“The periods are not the same, it’s not the same thing. But the reactions are the same,” he told Agence France-Presse, referring to why people are angry and lashing out at “elites”.

“There’s nothing new in the trigger, in the context or in the reasons why these people are taking power or why people are putting them in power,” he said. – Adam Plowright, Agence France-Presse / Rappler.com