BBC under investigation for profile of new Thai king 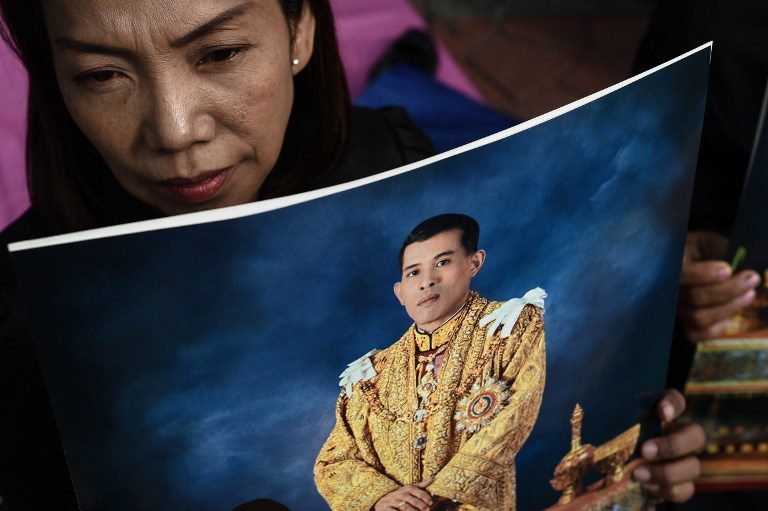 Facebook Twitter Copy URL
Copied
(UPDATED) The BBC is now under scrutiny for a Thai-language profile it published out of its London offices of the nation's new monarch, King Maha Vajiralongkorn, who ascended to the throne last week

BANGKOK, Thailand (UPDATED) – Thai authorities are investigating the BBC over a Thai-language profile of the nation’s new king, officials said on Wednesday, December 7, after the article outraged ultra-royalists in a country where criticism of the monarchy is outlawed.

Thailand’s harsh royal defamation law has been used to jail scores of critics and spawned a culture of self-censorship across the media, academia and the arts.

Any member of the public can allege royal defamation and the police are duty bound to investigate.

The BBC is now under scrutiny for a Thai-language profile it published out of its London offices of the nation’s new monarch, King Maha Vajiralongkorn, who ascended to the throne last week.

The royal succession was Thailand’s first in 7 decades and is considered a delicate moment for the institution. Vajiralongkorn does not command the respect enjoyed by his revered father.

The BBC profile included information about Vajiralongkorn’s personal life that is well-known inside the kingdom but rarely printed by Thai media, such as details about his 3 marriages that ended in divorce.

The article, which has since been blocked online in Thailand, quickly went viral on social media but attracted a torrent of criticism from royalists who accused the BBC of defaming the monarch.

On Tuesday a team of police officers visited the BBC’s Bangkok office but found it closed.

“This case is in the process of investigation but I cannot disclose the details,” Pornchai Chalordej, the commander of the police station responsible for the case, told AFP.

Top leaders from Thailand’s royalist junta, which has ramped up use of the lese majeste law since the 2014 coup, defended the probe on Wednesday.

“As they have an office in Thailand and Thai reporters work there they must be prosecuted when they violate Thai law,” junta chief Prayut Chan-O-Cha said of the BBC.

“If anything is illegal we must prosecute accordingly without exception,” he told reporters.

The BBC defended the profile in a statement and said its Thai-language service was committed to bringing “impartial, independent and accurate news to a country where the media faces restrictions”.

“We are confident that this article adheres to the BBC’s editorial principles,” it added.

A prominent Thai dissident was arrested over the weekend for sharing the BBC profile on Facebook.

Jatupat “Pai” Boonpattararaksa, a leader of a small group of anti-junta students, was released on bail but faces up to 15 years in prison if convicted of lese majeste.

The BBC’s Thai service is one of few platforms that publishes comparatively unfiltered reporting in the Thai language.

Its articles are edited and published out of London, though the service employs a small number of local staff in Bangkok.

The BBC’s English-language bureau in Bangkok is an editorially separate entity. – Rappler.com