Pakistan plane carrying 48 crashes killing all on board 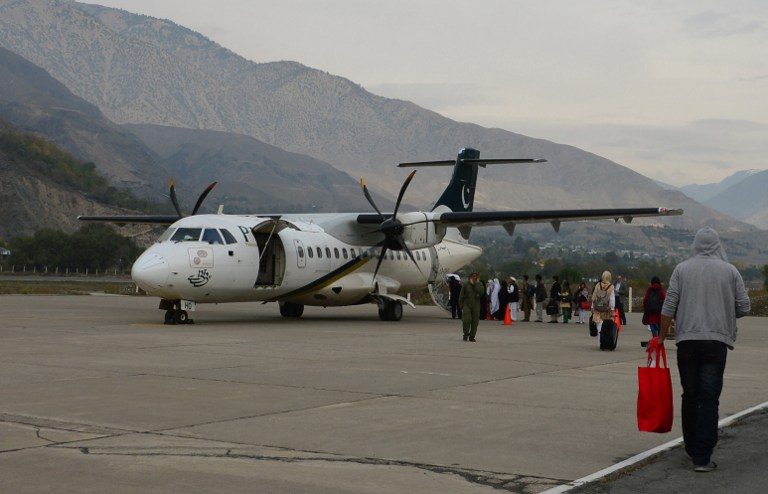 SADDA BATOLNI, Pakistan (5th UPDATE) – A Pakistani plane carrying 48 people crashed Wednesday, December 7, in the country’s mountainous north and burst into flames killing everyone on board, authorities said, in one of the deadliest aviation accidents in the nation’s history.

Pakistan International Airlines (PIA) Flight PK661 came down after one of its two turboprop engines failed while traveling from the city of Chitral to Islamabad, the civil aviation authority said.

Rescuers, including hundreds of villagers, pulled the charred remains from the wreckage of the aircraft, parts of which were found hundreds of metres away from the main site in Abbottabad district of Khyber Pakhtunkhwa province.

An Agence France-Presse reporter at the site near the village of Saddha Batolni said part of the plane was still on fire more than 5 hours after the crash, as rescuers picked up torn human remains with their hands and placed them in bags before they were taken by ambulance to Islamabad for identification.

“The bodies were burnt so badly we could not recognize whether they were women or men,” a villager in his thirties, who declined to give his name, told Agence France-Presse.

“We put into sacks whatever we could find…and carried them down to the ambulance.”

Addressing a press conference in Islamabad, Azam Saigol, the airline’s chairman said the plane was an ATR-42 turboprop aircraft, which contacted ground authorities after one engine failed and issued a Mayday call at 4:14 pm (1114 GMT).

It began descending a minute later before disappearing from radar at 4:16 pm.

“This plane was technically sound, and was checked in October,” he said, adding the captain had flown more than 12,000 hours and the aircraft was nine years old.

“Our focus now is to retrieve all the dead bodies,” he added, vowing a full investigation.

A senior rescue official on the site who requested anonymity added: “The villagers told us that the plane was shaky before it crashed. It was about to hit the village but it seems that the pilot managed to drag the plane towards the hills.”

Among those on board was Junaid Jamshed, a former Pakistani pop star turned evangelical Muslim, according to the Chitral airport manager and a local police official.

Wednesday’s crash was the fourth deadliest on Pakistani soil.

Pakistan’s most recent air disasters involved helicopters, both in 2015.

In August 2015 another army helicopter crashed killing 12 people, all military.

The deadliest air disaster on Pakistani soil was in 2010, when an Airbus 321 operated by private airline Airblue and flying from Karachi crashed into the hills outside Islamabad while about to land, killing all 152 on board.

But the deadliest accident involving PIA came when an Airbus A300 crashed into a cloud-covered hillside on approach to the Nepalese capital Kathmandu in 1992 after the plane descended too early, killing 167 people.

Most of the carrier’s fleet, apart from its latest Boeing 777s, were banned from entering the European Union between March and November 2007.

Despite this, PIA has been crash-free for 10 years, and received a 7 out of 7 in its latest rating on the oft-cited AirlineRatings.com, which launched its annual listing in 2013.

French-Italian aircraft manufacturer ATR meanwhile issued a statement expressing its sympathies for the families of the crash victims. – Rappler.com