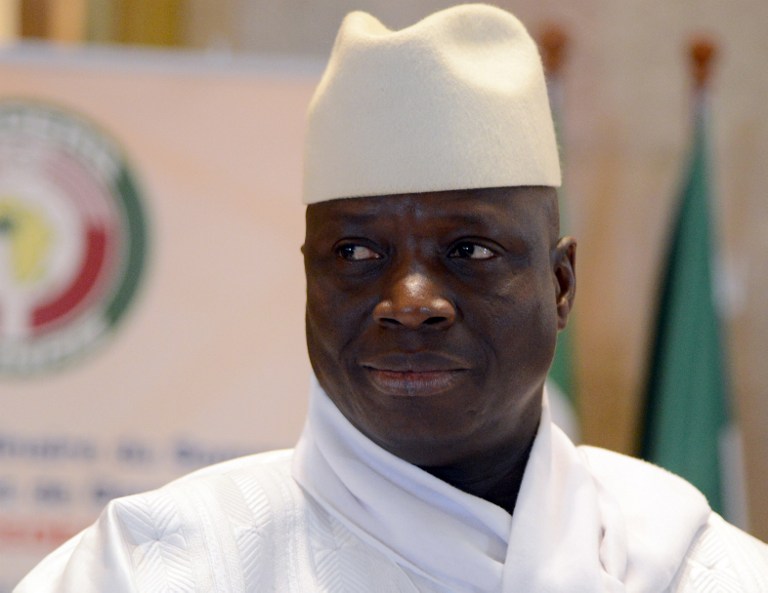 UNITED NATIONS – The UN Security Council on Saturday, December 10, demanded that Gambia’s leader Yahya Jammeh hand over power to the president-elect after he rejected the election results in a dramatic political U-turn.

In a unanimous statement, the 15 council members called on Jammeh to “respect the choice of the sovereign people of The Gambia, as he did on December 2 2016, and to transfer, without condition and undue delay, power to the President-elect, Mr Adama Barrow.”

In power for the past 22 years in the West African country, Jammeh surprised his critics when he accepted defeat a day after the December 1 vote.

But he reversed course on Friday, December 9, announcing he no longer accepted the results.

Council members “strongly condemned” Jammeh’s decision to reject the results and call for a new election.

They urged him to “carry out a peaceful and orderly transition process and they requested that the security of the president-elect Adama Barrow, and that of all Gambian citizen be fully ensured.”

A consensus candidate backed by a coalition of opposition groups, Barrow on Saturday urged Jammeh to accept defeat, arguing he had no legal standing for the turnaround.

Senegal, a non-permanent member of the Security Council, has requested a meeting to discuss the crisis, which could be held on Monday, diplomats said.

UN Secretary-General Ban Ki-moon said he was “dismayed” by Jammeh’s rejection of the election results and called on him to “fully respect the outcome of the election”.

Ban called for a “peaceful, timely and orderly transfer of power, in full respect of the will of the Gambian people as expressed in the election”, said a statement from his spokesman.

The appeal to Jammeh was issued after Liberian President Ellen Johnson Sirleaf was dispatched to Banjul by the West African ECOWAS group to defuse the crisis, but was prevented from entering the country.

Ban and the Security Council urged restraint from any statements or actions that could lead to violence. – Rappler.com