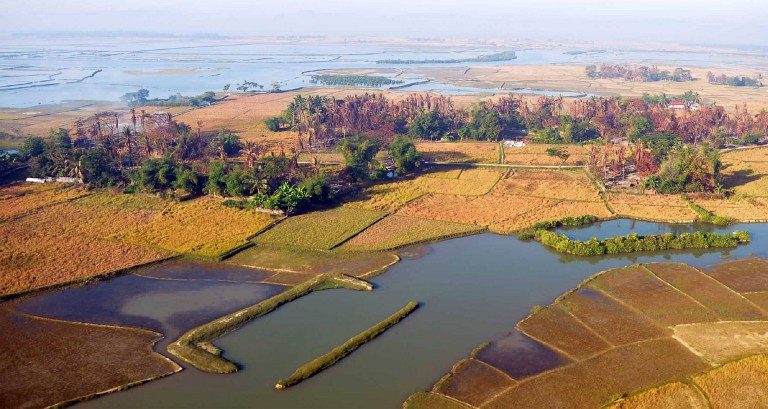 YANGON, Myanmar – The headless body of a Muslim villager has been found days after he spoke to reporters on a rare government-guided media tour of restive northern Rakhine State, Myanmar police said on Friday, December 23.

At least 34,000 Rohingya Muslims have since fled to Bangladesh, taking with them allegations of mass killings, rape, and torture at the hands of Myanmar security forces.

The Myanmar government has vigorously denied the accusations and blamed Rohingya activists for spreading false accounts.

Troops have killed more than 80 people throughout the crackdown, according to official figures, while conflict analysts say several Muslim villagers have also been killed by the militants whose attacks sparked the latest unrest.

Police did not give a motive for the killing of the 41-year-old man, whose body was found floating in a river, but said he spoke to Burmese journalists on Wednesday, December 21, in Ngakhura village.

“On Thursday his family said he had disappeared after giving interviews to journalists… so we opened the case,” Police Colonel Thet Naing in Maungdaw town told AFP.

“This afternoon (Friday) I got the report his headless body was found… we have confirmed from villagers that it is him,” he said, adding police went to the scene of the grisly find.

Police have yet to name the man or identify suspects.

Two Burmese reporters, who did not want to be named, told AFP that they interviewed the man on Wednesday at his village and had been contacted by police to say he was missing.

The rare media tour – open only to Burmese journalists – was organized by the government amid mounting pressure on de facto civilian leader Aung San Suu Kyi to probe reports of army abuses and allow access to a zone home to the stateless and reviled Rohingya minority.

The area has been under lockdown for more than two months since hundreds of armed militants launched surprise attacks on border posts.

Conflict monitors the International Crisis Group (ICG) say the attackers were from a Saudi-backed group called Harakah al-Yaqin, which emerged after a wave of sectarian violence cut through Rakhine in 2012.

The ICG report said the group has killed several Rohingya “informers” perceived to be working with the Myanmar authorities.

On Friday state mouthpiece the Global New Light of Myanmar ran a front page article on the media trip, trumpeting its transparency with the headline: “Journalists impressed with extensive media access in Rakhine.” – Rappler.com