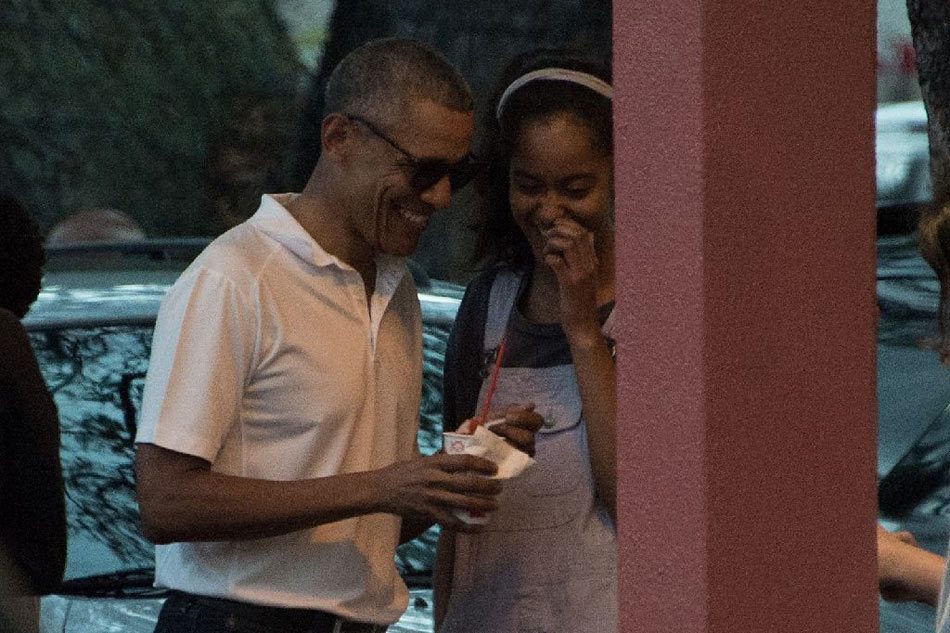 Facebook Twitter Copy URL
Copied
'They were yelling, screaming, having a blast. They broke out with 12 seconds left,' says the manager of Breakout Waikiki

According to pool reports, Obama, daughters Sasha and Malia and some friends spent part of Saturday evening, December 24 playing “Breakout Waikiki” – a live-action game where players are locked in a room with 1 hour to figure out a series of clues and riddles to escape.

The Obamas are spending the holidays in Hawaii.

Escape room games are all the rage in the United States, after years of popularity in Asia and elsewhere.

“Your goal is simple: You have 60 Minutes to break out from one of our real life escape rooms,” the website for Breakout Waikiki says.

“Crack the codes. Use your gut. Solve the riddles. Find out if you have what it takes to break out in time!”

The Obamas did, apparently.

“They were yelling, screaming, having a blast. They broke out with 12 seconds left,” the manager of Breakout Waikiki told BuzzFeed News.

“To be totally honest, we didn’t know that they were coming. It was 100 percent unexpected. They booked under a different name,” manager MacGregor Greenlee told BuzzFeed News. “An hour earlier, Secret Service showed up.”

Michelle Obama was not part of the outing.

The first lady spent part of her Christmas Eve volunteering with Canadian and American defense agency workers charting Santa’s path around the globe and answered phone calls from excited children.

“I’m detecting something on the radar screen. It is – yes, it is Santa and he is being pulled by reindeer,” the first lady told two young phone callers.

Volunteers of the North American Aerospace Defense Command have been tracking Santa’s round-the-world voyage every Christmas Eve, and taking phone calls from excited children, for more than 60 years.

President-elect Trump and his wife, Melania, who are spending their Christmas holiday at the family’s Mar-A-Lago resort attended services late Saturday at the Episcopal Church of Bethesda-by-the-Sea in Palm Beach – the same church where they were married in 2005.

“Wishing you a bright and Happy Hanukkah!” the president-elect wrote in a tweet signed by Donald & Melania Trump.

Another Trump tweet sent on Sunday read “#MerryChristmas, accompanied by a picture of Trump standing before a Christmas tree with a celebratory raised fist.

“The best part of the holiday is the time we share with those we love,” he wrote under his @POTUS handle.

“On behalf of Michelle, Malia and Sasha, Merry Christmas everyone.” – Rappler.com