Dec 31, 2016 11:18 AM PHT
Rappler.com
Facebook Twitter Copy URL
Copied
The captain, identified as Tekad Purna, was so incoherent that passengers protested his flying the aircraft after hearing his announcement. 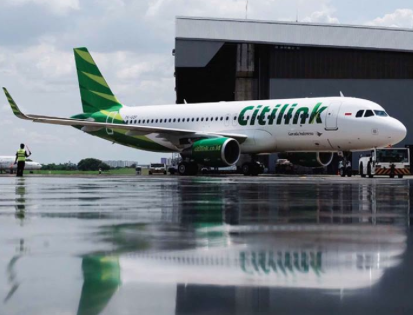 JAKARTA, Indonesia – An Indonesian pilot stumbled onto a plane allegedly drunk, before making an incoherent cockpit announcement that worried passengers who then demanded that the pilot be replaced.

The captain, identified as Tekad Purna, was so incoherent that passengers protested his flying the aircraft after hearing his announcement.

Purna was set to fly domestically with budget airline Citilink, flight QG800 from Surabaya to Jakarta on an hour and 20 minute flight. It was scheudled for take off at 5:15 pm on Wednesday, December 28.

One passenger, Eddy Roesdiono said passengers “felt something was strange with the condition of the pilot” after hearing his voice over the cockpit.

“It was because of the way the pilot talked that we wondered if the pilot was healthy or not,” he said.

Passengers then protested forcing management to replace the pilot. The switch forced a 65-minute delay, with the plane finally flying at 6:20pm.

In CCTV footage taken at the airport as Purna walked through security, the pilot is seen stumbling and dropping his belongings as he picked up his bag from the conveyor belt. He is seen wearing dark glasses.

The pilot underwent full examination, but the results have yet to be released. He has been suspended while investigation is ongoing.

“Looking at all these developments and the impact on Citilink, I personally feel responsible, so I submitted my resignation,” Burhan said in a press conference, also on Friday.

Burhan said his decision to resign was not because of any pressure. Another official, the Director of Operations Hadinoto Sudigno, has also resigned. – Rappler.com