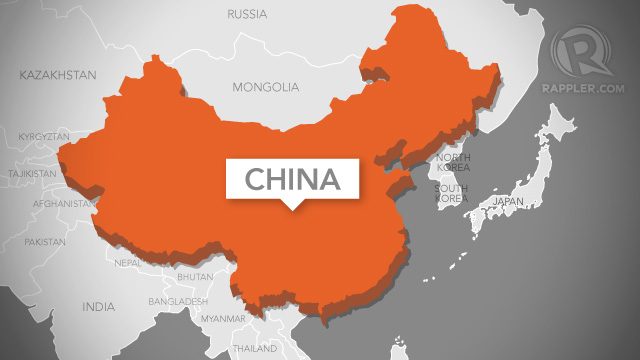 Facebook Twitter Copy URL
Copied
Three children are seriously injured and have been sent to hospital for treatment according to Xinhua. The man is in police custody.

BEIJING, China – A man armed with a kitchen knife stabbed 11 children at a kindergarten in southern China on Wednesday, January 4, seriously wounding 3, state media reported, the latest such attack in recent years.

The man entered the school in the southern Guangxi Zhuang autonomous region mid-afternoon, claiming he was there to pick up his son, the official Xinhua news agency quoted local police as saying.

The attacker allegedly climbed a wall to enter the facility, broadcaster CCTV said on social media, adding that an investigation was underway.

Three children were seriously injured and have been sent to hospital for treatment according to Xinhua. The man is in police custody.

Knife attacks are not uncommon in China.

In February, a knife-wielding assailant wounded 10 children in Haikou, in the southern island province of Hainan, before committing suicide.

In 2014 state media reported that a man stabbed 3 children and a teacher to death and wounded several others in a rampage at a primary school that refused to enroll his daughter.

That followed a March 2013 incident in which a man killed two relatives and then slashed 11 people, including 6 children, outside a school in China’s commercial hub Shanghai.

The events have forced authorities to increase security around schools and led to calls for more research into the root causes of such acts.

Violent crime has been on the rise in China in recent decades as the nation’s economy has boomed and the gap between rich and poor has expanded rapidly. – Rappler.com