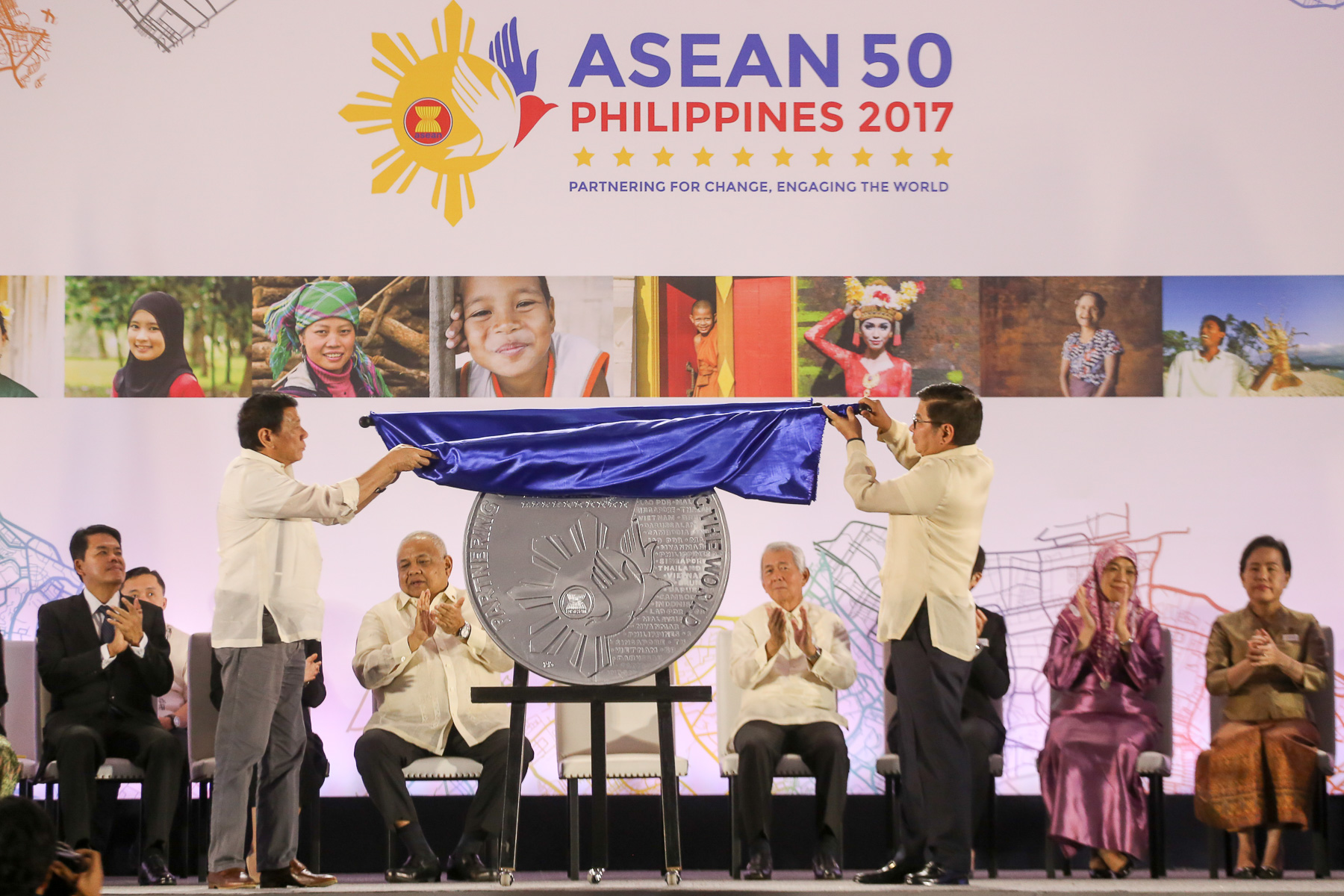 As chairman of the ASEAN in 2017, the Philippines will host year-long events and activities in different parts of the country. The Philippines has chosen the theme, “Partnering for Change, Engaging the World.”

Heads of state and sectoral leaders from all over Southeast Asia will head to the Philippines to attend these events, all with the aim of improving unity and harmony among the 10 member-countries of the ASEAN.

Duterte, during his speech at the launch, emphasized that the Philippines’ chairmanship will focus on improving the lives of each ASEAN citizen.

“Today in Davao City let us renew the solemn pledge to do all we can for the very core of our national and regional interests: our peoples. For an ASEAN citizen, the ASEAN Community must provide opportunities for a truly better life,” he said. 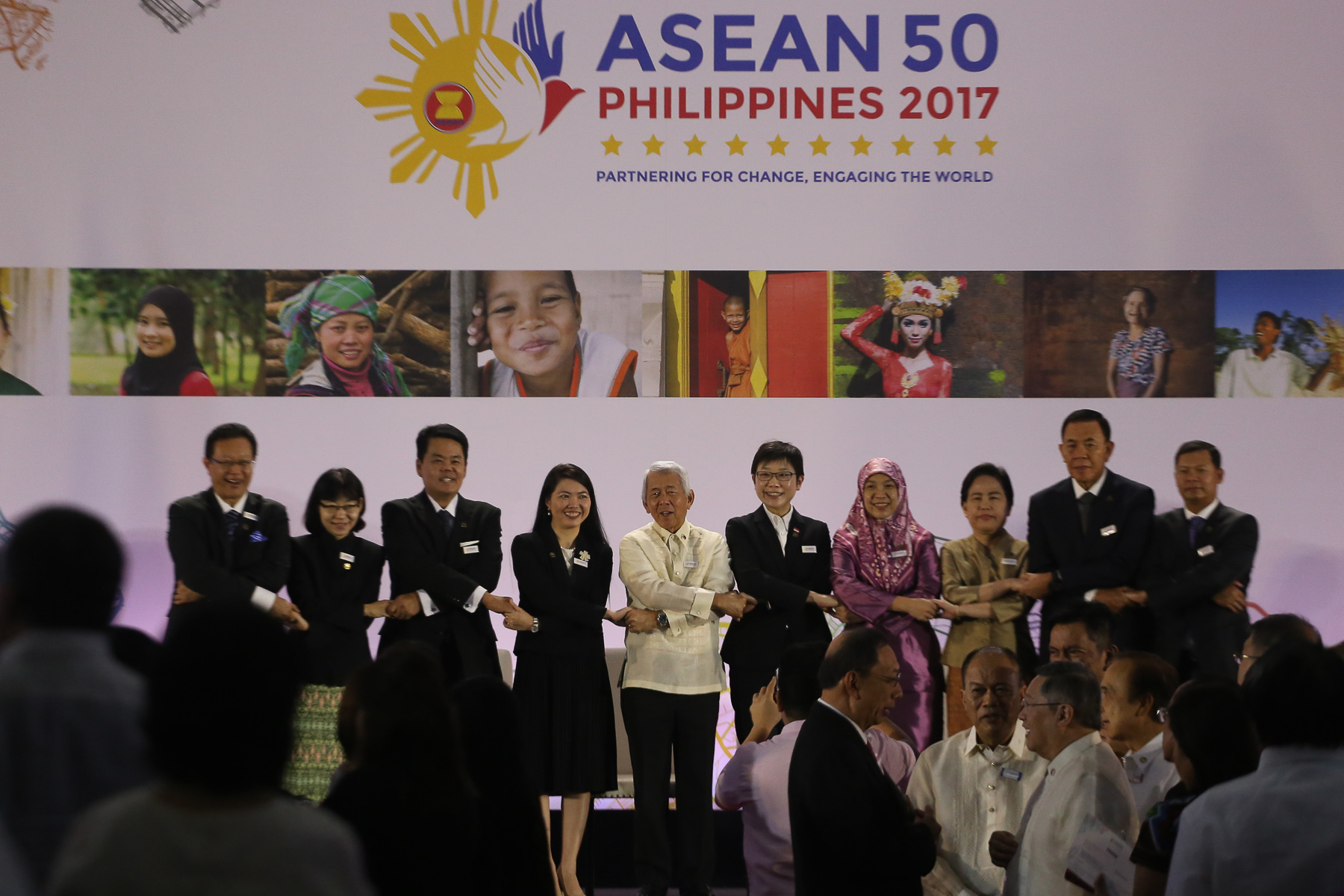 Present at the launch were ambassadors from all 10 member-countries, as well as high-ranking Philippine government officials.

The Philippines’ chairmanship “will place [ASEAN] peoples at the core,” said Duterte.

Other priorities are regional peace and stability, maritime security and cooperation, inclusive and innovation-led growth, and ASEAN resiliency, he said.

Sure to be a topic during ASEAN events is the West Philippine Sea (South China Sea), parts of which are being claimed by 5 ASEAN member-states – the Philippines, Vietnam, Malaysia, Indonesia, and Brunei.

On the year of its chairmanship, the Philippines aims for the completion of the framework of the South China Sea Code of Conduct with China.

The Philippines takes on a leadership role in the ASEAN on the year of the regional bloc’s 50th founding anniversary.

The ASEAN was founded in 1967, with the Philippines among the founding members.

During the launch, Duterte also unveiled the ASEAN 2017 commemorative coin and special stamp.

One side of the one-peso coin’s design features 10 stars representing the 10 ASEAN member-states and the 2017 theme. The other side shows the Rizal Monument in Manila, “the Filipino symbol of courage and patriotism,” according to a Malacañang press release. 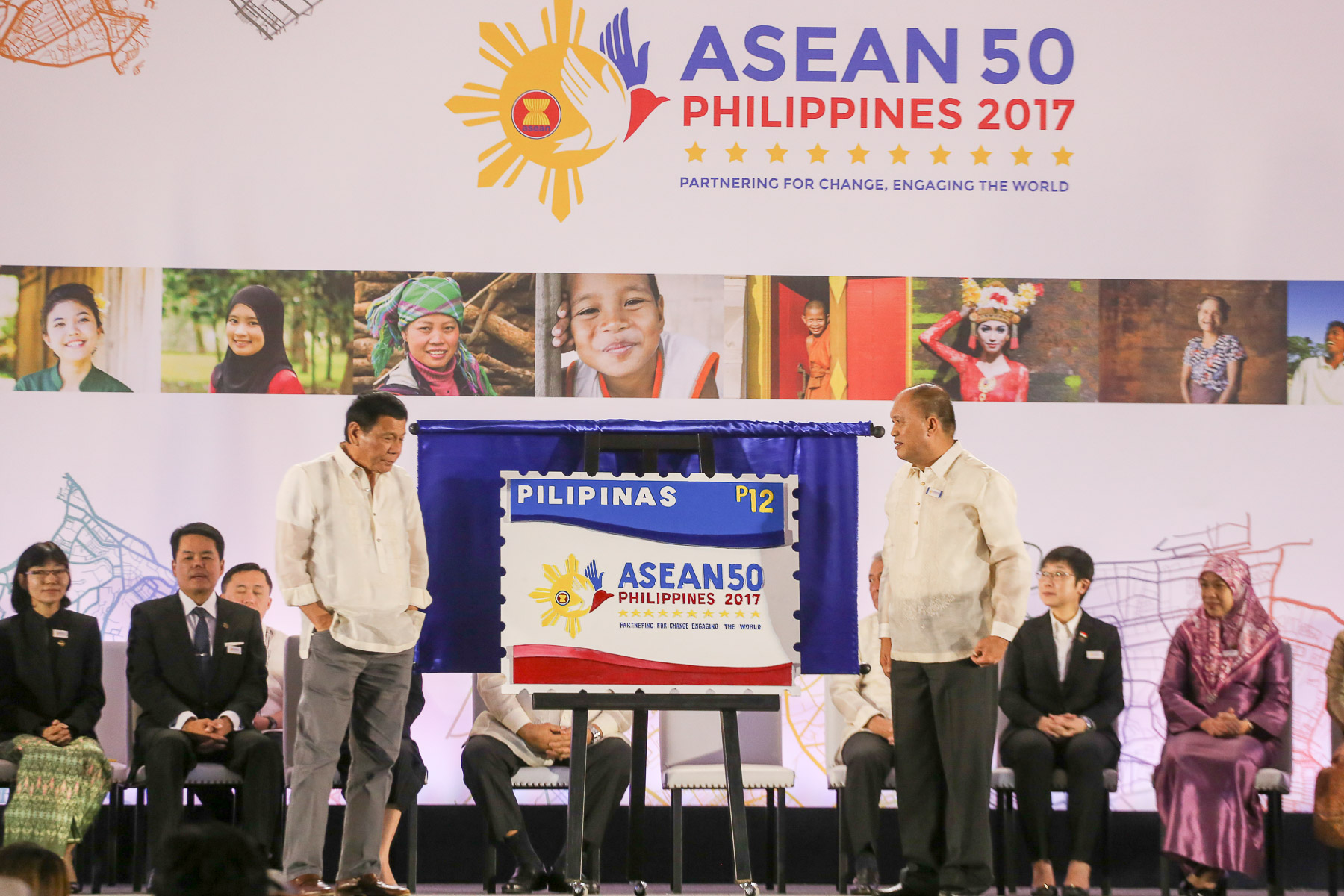 The ASEAN 2017 chairmanship stamp is a limited edition stamp since only 101,000 copies of it will be released. It depicts the official logo and theme.

The special stamp can be purchased at the Manila Central Post Office starting Monday, January 16. – Rappler.com