Iraq parliament votes in favor of travel ban on U.S. 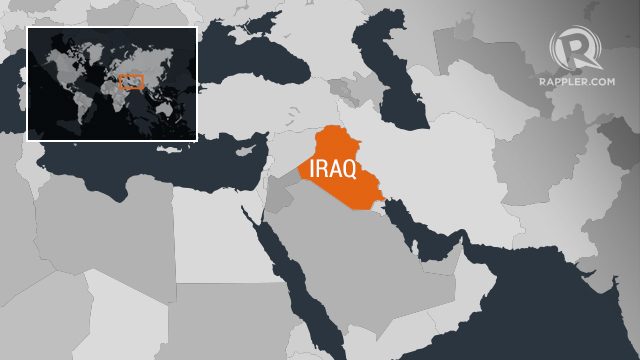 Facebook Twitter Copy URL
Copied
(UPDATED) The call is a response to US President Donald Trump's executive order barring citizens of Iraq, Iran, Syria, Sudan, Somalia, Libya and Yemen from entering the US for at least 90 days

BAGHDAD, Iraq (UPDATED) – Iraqi lawmakers voted on Monday, January 30, to call on the government to enact a reciprocal travel ban on Americans if Washington does not withdraw its decision to bar the entry of Iraqis.

The call is a response to President Donald Trump’s executive order barring citizens of Iraq, Iran, Syria, Sudan, Somalia, Libya and Yemen from entering the US for at least 90 days, a move he billed as an effort to make America safe from “radical Islamic terrorists.”

The travel restrictions, which come on the heels of repeated assertions by Trump that the US should have stolen Iraq’s oil before leaving in 2011, risk alienating the citizens and government of a country fighting against militants the president has cast as a major threat to America.

Parliament called on the Iraqi government to “respond in kind to the American decision in the event that the American side does not withdraw its decision,” a parliamentary official who was present for the vote told AFP, quoting text of the decision that was read at the session.

“Parliament voted by majority on calling on the Iraqi government and the foreign ministry to respond in kind,” MP Hakim al-Zamili said.

Sadiq al-Laban, another lawmaker, confirmed that “the vote was for a call on the government” to enact reciprocal measures.

“We are against this stance from the new administration,” Laban said, adding: “We hope that the American administration will rethink… this decision.”

Trump’s decision led to the detention of incoming refugees at US airports, sparking protests, legal challenges and widespread condemnation from rights groups.

And it has led to a growing backlash inside Iraq that could undermine relations between Baghdad and the US amid the battle for Mosul, the largest military operation yet in the war against the Islamic State group.

The parliamentary vote came a day after its foreign affairs committee made a similar call for Iraq to respond in kind to the US measure.

Hassan Shwairid, the deputy head of the committee, said that the call did not apply to the thousands of American military personnel in the country as part of the US-led coalition against IS.

But US Senators John McCain and Lindsay Graham said Trump’s ban would impact military cooperation and security in other ways.

“This executive order bans Iraqi pilots from coming to military bases in Arizona to fight our common enemies,” the two lawmakers said in a joint statement.

“Ultimately, we fear this executive order will become a self-inflicted wound in the fight against terrorism,” they said.

The Hashed al-Shaabi, a powerful paramilitary umbrella organisation that includes Iran-backed Shiite militias that fought against American forces in past years, called Sunday for US citizens to be banned from the country.

Both units from the Hashed and American troops are deployed in the Mosul area as part of the operation to retake the city from IS, and heightened anti-US sentiment among militiamen could increase the danger to Washington’s forces.

“Get your nationals out before removing expatriates,” said Sadr, scion of a powerful clerical family who rose to widespread fame due to his condemnation of and violent resistance to the US invasion and occupation of Iraq. – Rappler.com