Feb 1, 2017 1:20 PM PHT
Agence France-Presse
Facebook Twitter Copy URL
Copied
Since the January 20 inauguration of Trump, Israel has approved the construction of 566 housing units in 3 settlement areas of east Jerusalem and announced the building of 2,502 more in the West Bank 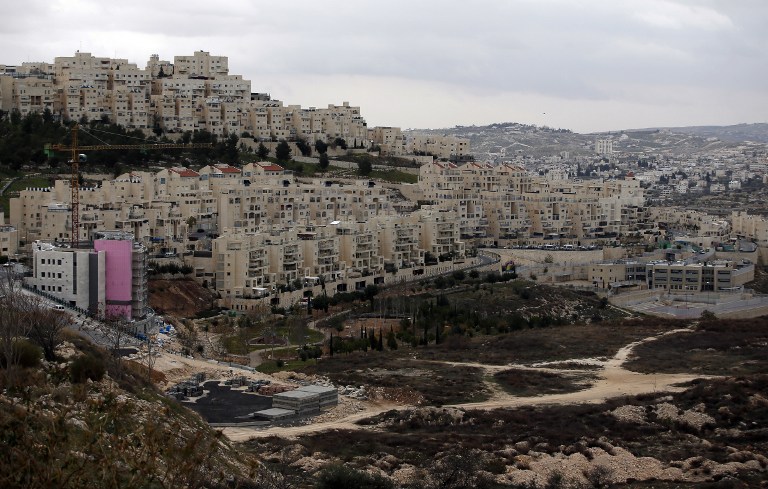 JERUSALEM – Israel announced Tuesday night, January 31, the construction of 3,000 settlement homes in the occupied West Bank, the fourth such announcement in the less than two weeks since the inauguration of US President Donald Trump.

“Defence Minister Avigdor Lieberman and Prime Minister Benjamin Netanyahu have decided to authorize the construction of 3,000 new housing units in Judea-Samaria,” the defense ministry said in a statement, using a term Israel uses for the West Bank, a Palestinian territory it has occupied since 1967.

Since the January 20 inauguration of Trump, Israel has approved the construction of 566 housing units in 3 settlement areas of east Jerusalem and announced the building of 2,502 more in the West Bank.

They had been frozen under pressure from the previous US administration of president Barack Obama, which had warned that settlements could derail hopes of a negotiated two-state solution.

Trump however has pledged strong support for Israel, and Netanyahu’s government has moved quickly to take advantage.

“We are building and we will continue building,” Netanyahu said last week, referring to settlement approvals.

The prime minister has said he sees the Trump presidency as offering “significant opportunities” after facing “huge pressures” from Obama on Iran and settlements.

The announcements have deeply concerned those seeking to salvage a two-state solution to the Israeli-Palestinian conflict.

All Israeli settlements are illegal under international law, with much of the international community seeing them as a major obstacle to peace as they are built on land the Palestinians see as part of their future state.

In a telling break with the Obama administration, Trump’s White House has not condemned Israel’s settlement expansion. – Rappler.com