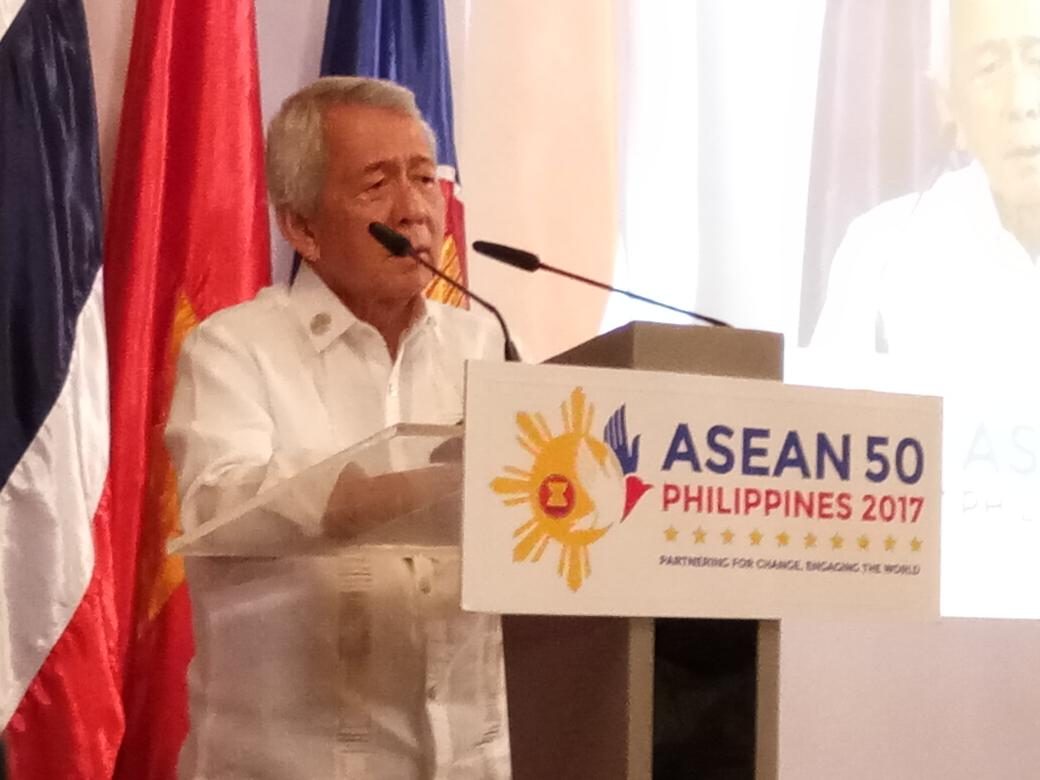 “The ministers have expressed grave concern as well, in so far as what they saw and perceived as the militarization of certain areas in the South China Sea,” Yasay said in a media briefing after the ASEAN Foreign Ministers’ Meeting on Tuesday, February 21.

“One of the goals is to prevent that militarization,” he added.

Yasay explained in his opening statement, “On the South China Sea, a number of ministers expressed concern over recent developments and escalation of activities in the area, which may further raise tensions and erode trust and confidence in the region.”

“At the same time, they noted the need to sustain the momentum of dialogue in order to ease tensions in the region,” the Philippines’ top diplomat said.

Yasay chaired the meeting on Tuesday as the Philippines is the ASEAN chairman this year.

In his media briefing on Tuesday, Yasay also said ASEAN, under the Philippines’ chairmanship this year, is hopeful to finish a framework code of conduct (COC) in the South China Sea by June 2017.

He noted, however, that ASEAN and China need to thresh out “critical areas” to finalize the framework COC.

Referring to the ASEAN ministers, he added: “They have also expressed that in order for a code of conduct to be meaningful and effective, it must be legally binding, and it must cover the broadest areas of how disputes will be resolved and the conduct of party claimants with respect to the disputes.”

Without a legally binding COC, he said that “what will be achieved will just probably be simply a piece of paper that will just further prolong discussions on the matter without getting any tangible results.”

Yasay added that ministers discussed other matters including the illegal drug trade. – Rappler.com