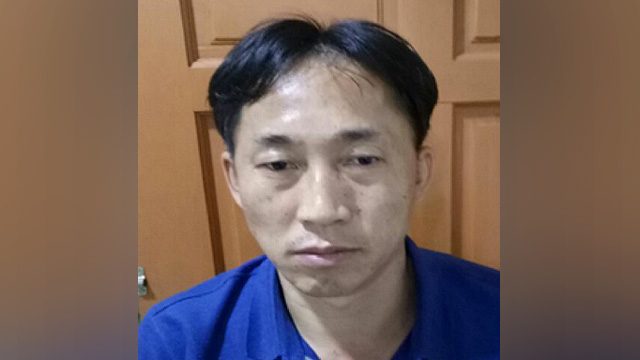 Facebook Twitter Copy URL
Copied
Ri Jong-Chol denies any involvement in the murder, saying that police had presented him with 'fabricated evidence' and said he would be rewarded with a comfortable life in Malaysia if he confessed

TOKYO, Japan – A North Korean suspect in the murder of the half-brother of the country’s leader Saturday, March 4, denounced Malaysia’s probe into the airport assassination as a “conspiracy” to harm Pyongyang, reports said.

Ri Jong-Chol, who is among 8 North Koreans suspected of involvement in the killing of Kim Jong-Nam, made the comments to journalists in Beijing, after Malaysia released him citing insufficient evidence.

The investigation was “a conspiracy to impair the dignity of the Republic (North Korea),” the 47-year-old said in comments carried in Japanese and South Korean media.

He denied any involvement in the murder, saying that police had presented him with “fabricated evidence” and said he would be rewarded with a comfortable life in Malaysia if he confessed.

“But no way. No matter how good a life it could be, it is still not as good as my own motherland. How could I forget the motherland that raised me and fed me to this point?” television footage broadcast in South Korea showed him as saying.

Ri, who was the only North Korean detained over the attack, was released and deported two days after two women – one Vietnamese and one Indonesian – were charged with murdering Kim.

Malaysia’s police chief earlier told Agence France-Presse he was frustrated by Ri’s release and that he still believed the North Korean played a part in the murder.

It is expected Ri will return to Pyongyang from Beijing.

He was arrested days after Kim suffered an agonizing death after he was attacked as he waited to board a flight to Macau.

Police say he suffered a seizure and died less than 20 minutes later. Swabs of the dead man’s face revealed traces of VX, a synthetic chemical so deadly that it is classed as a weapon of mass destruction.

South Korea has pointed the finger of blame at North Korea, citing what they say was a standing order from leader Kim Jong-Un to kill his exiled half-brother who may have been seen as a potential rival.

North Korea, which has not acknowledged the dead man’s identity, has vehemently protested the investigation, saying Malaysia is in cahoots with its enemies.

The accusation has fueled a diplomatic rift, which has seen Malaysia recall its envoy to Pyongyang and cancel a rare visa-free travel deal with North Korea. – Rappler.com