North Korea hits out at U.S. over potential terror listing 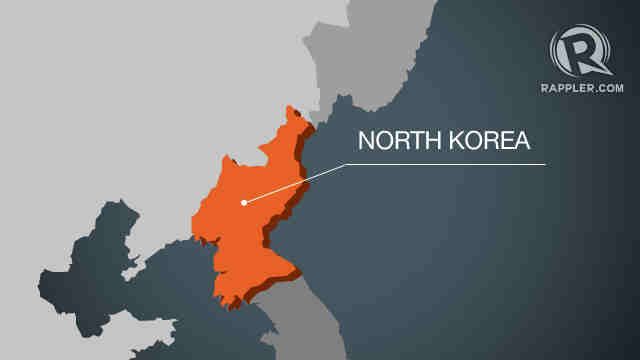 Facebook Twitter Copy URL
Copied
"The US will keenly realize how dearly it has to pay for its groundless accusations against the dignified" North Korea if it relists it, the regime's foreign ministry spokesman tells state-run newswire KCNA

SEOUL, South Korea – North Korea warned Saturday, March 4, that the US will “pay dearly” if it relists Pyongyang as a state sponsor of terrorism following the murder of leader Kim Jong-Un’s half-brother in Malaysia.

Kim Jong-Nam, 45, was killed on February 13 at a crowded Kuala Lumpur airport in an attack with VX nerve agent, which is considered a weapon of mass destruction.

Seoul has said from the start that the isolated North Korea is behind the Cold War-style assassination.

South Korean and Japanese media, citing diplomatic sources, have since reported that the US has been mulling placing North Korea back on its terror list, which includes Iran and Syria.

“The US will keenly realize how dearly it has to pay for its groundless accusations against the dignified” North if it relists it, the regime’s foreign ministry spokesman told state-run newswire Korean Central News Agency (KCNA).

The spokesman maintained that Pyongyang opposed “all forms of terrorism” and accused the US of trying to tarnish its reputation.

“Gone are the days when the US could stigmatize at random to oppress those countries incurring its displeasure, while having the world under its control,” the official added.

The nuclear-armed North Korea was first designated a state sponsor of terrorism in 1987 when its agents bombed a South Korean plane killing all 115 on board. But it was taken off the list in 2008 after Pyongyang took steps toward freezing its nuclear facilities.

Since then, North Korea has resumed its activities, conducting 4 atomic tests and numerous missile tests despite the fact that they are banned under several United Nations Security Council resolutions.

The North has denied any involvement in Kim Jong-Nam’s murder, accusing South Korea, the US, and Malaysia of a “smear campaign.”

Two women, one Vietnamese and one Indonesian, have been arrested over the murder.

The only North Korean to have been detained, Ri Jong Chol, was released on Friday, March 3 due to lack of evidence.

Ri has denied any role in the assassination and accused of Malaysian police trying to frame him with “fabricated evidence” to defame North Korea. – Rappler.com