SEOUL, South Korea (UPDATED) – A video of a man describing himself as the son of assassinated North Korean exile Kim Jong-Nam emerged Wednesday, March 8, apparently the first time a family member has spoken about the killing.

The video was uploaded to the YouTube page of a previously unknown group, Cheollima Civil Defense (CCD), which claimed to have “extracted” vulnerable members of Jong-Nam’s family with the help of the Dutch, US and South Korean authorities, and was keeping them under protection in an undisclosed location.

South Korea’s intelligence agency confirmed the individual on the video is Kim Han-Sol.

His father was murdered at Malaysia’s main airport last month by two women using the banned VX nerve agent, with Pyongyang widely blamed for the assassination.

“The man is indeed Kim Han-Sol,” a spokesman for the National Intelligence Service told Agence France-Presse.

The spokesman declined to give further details, including Kim’s current whereabouts or any information about CCD.

In the video, the man says in English: “My name is Kim Han-Sol, from North Korea, part of the Kim family.

“My father has been killed a few days ago. I’m currently with my mother and my sister. We are very grateful to…” he says, before the audio cuts off and his mouth movements are blacked out.

He shows his North Korean diplomatic passport as evidence of his identity but the page that shows his particulars is digitally covered.

The 40-second video wraps up with him saying: “We hope this gets better soon.”

There was no indication where or precisely when the video was made.

Han-Sol, 21, is believed to have graduated from Sciences Po university in Paris and had been living in exile with his parents in the Chinese territory of Macau before he disappeared with his mother and sister following his father’s death.

Because of his bloodline, Han-Sol could be seen as a rival figurehead in a state ruled by his uncle Kim Jong-Un and roiled by bloody purges.

Malaysia has yet to formally identify the dead man as Kim Jong-Nam or release the body, with police saying they are waiting for next-of-kin to come forward and provide a DNA sample. 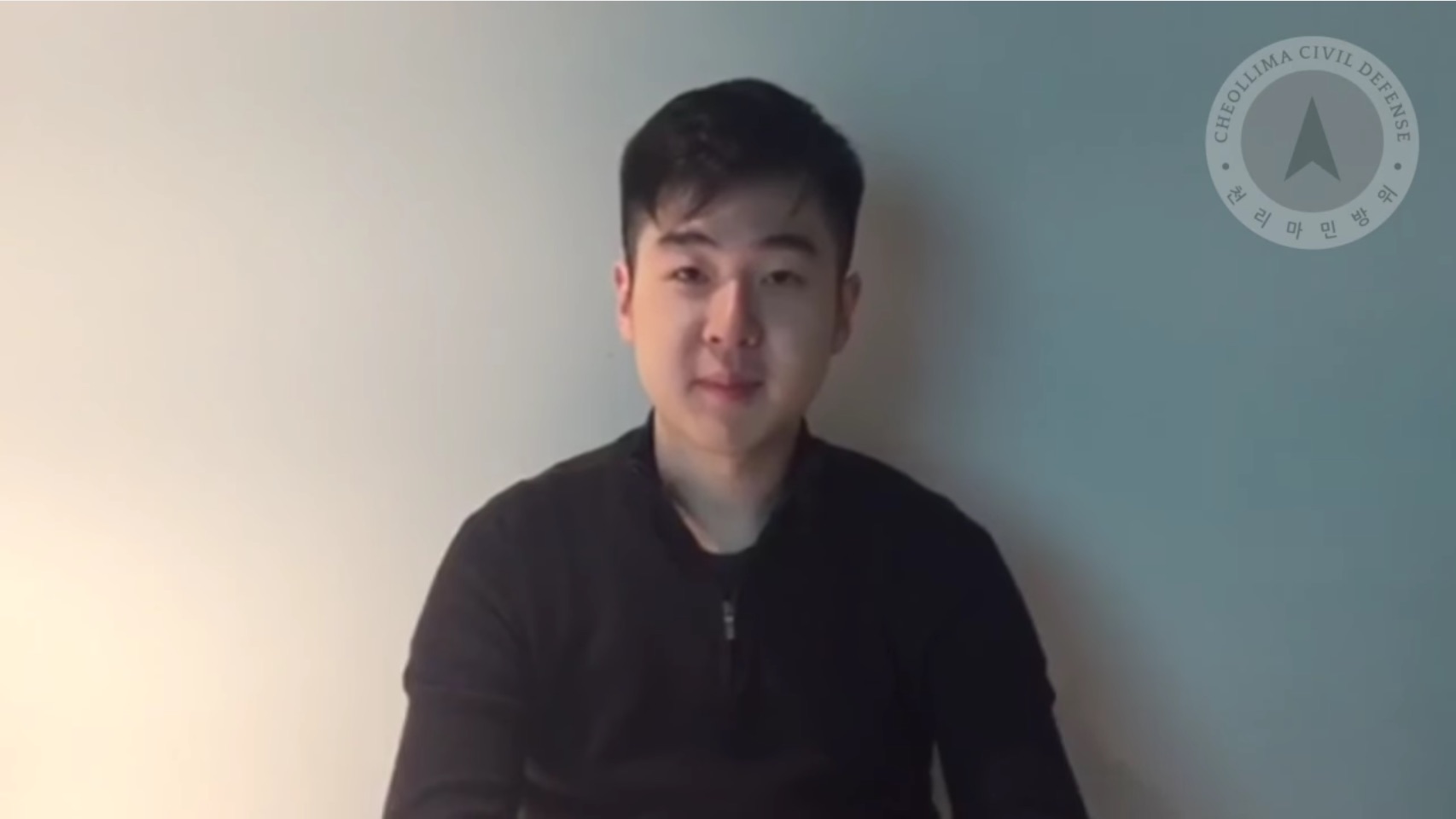 On its website – registered only on Saturday, March 5 – CCD said that it was protecting Kim Jong-Nam’s family.

“Cheollima Civil Defense responded last month to an emergency request by survivors of the family of Kim Jong-Nam for extraction and protection. The three family members were met quickly and relocated to safety,” it said, also in English.

“We have in the past addressed other urgent needs for protection,” it asserted. “This will be the first and last statement on this particular matter, and the present whereabouts of this family will not be addressed.”

The group thanked countries “for the emergency humanitarian assistance afforded to us in protecting this family” including the Netherlands, China and the United States, plus an unspecified fourth government.

It praised the Dutch ambassador to South Korea, Lody Embrechts, in particular “for his timely and strong response to our sudden request for assistance”, calling him “a credit to the people of the Netherlands and their long and principled stance for human rights and humanitarian norms”.

Neither the Netherlands embassy in Seoul nor CCD could be reached for comment by Agence France-Presse.

CCD uses South Korean transliteration for its name, while some of the Korean text on its website read as if it could have been a translation from English.

Kim Sung-Min, a high-profile defector who operates an anti-Pyongyang radio station, said the group appeared to be associated with activists based in the United States.

South Koreans left messages of encouragement for Han-Sol on YouTube, with some inviting him to defect to the South.

“It must have been very painful for him when he said ‘my father has been killed’,” wrote one user.

Another said: “Be safe. You’re important to us, and to our future as a divided nation.” – Rappler.com