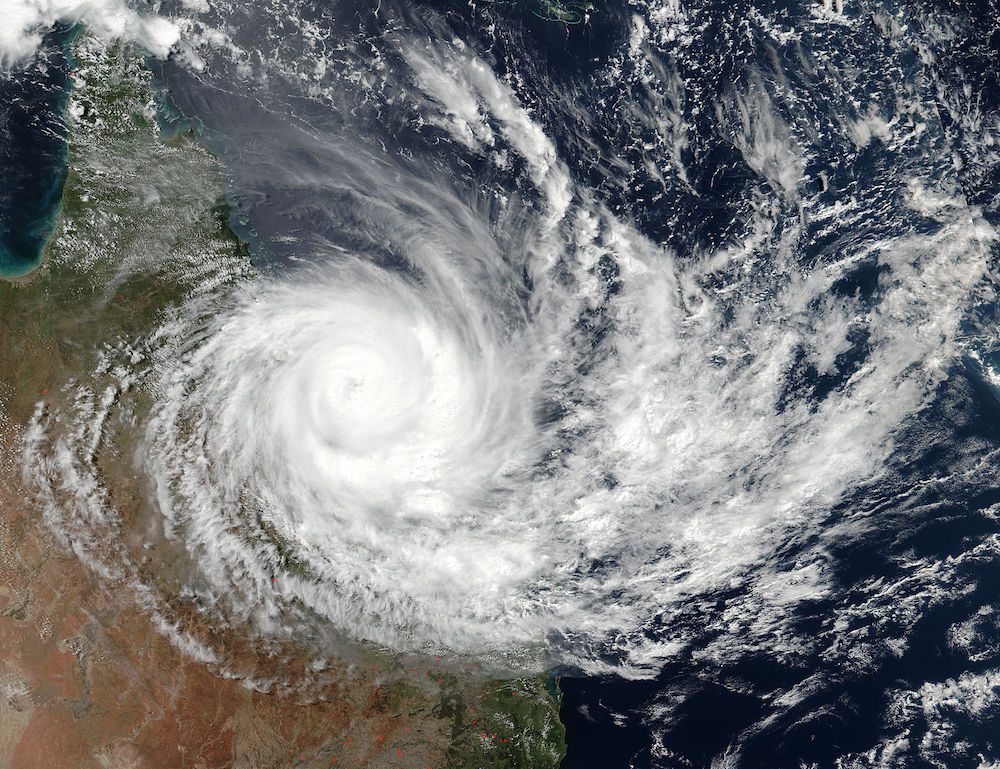 AYR, Australia – Towns were cut off and without power in northern Australia Wednesday, March 29, after being pummeled by a powerful cyclone that washed battered yachts ashore and ripped roofs off houses in scenes compared to “a war zone”.

The category 4 storm slammed into the coast of Queensland state between Bowen and Airlie Beach on Tuesday afternoon, March 28, packing destructive winds and devastating some of the region’s tourist hotspots.

It has since been downgraded to a tropical low but the Bureau of Meteorology still warned of damaging wind gusts with “intense” rain.

“This rainfall is likely to lead to major river flooding over a broad area this week,” it said.

Roads to the towns of Bowen, Airlie Beach and Proserpine were inaccessible due to fallen trees, with up to 50,000 homes without power and communications down in many areas.

Queensland Premier Annastacia Palaszczuk said she was worried that people might be injured but had been unable to contact emergency services.

“We just don’t know how many people are injured, the status of their homes, and what we are hearing is that we are seeing some structural damage in places such as Proserpine,” she said.

On a brighter note, a baby girl was born at an ambulance station on the Whitsunday islands as the storm raged outside.

“You know, out of all of this, to see a little miracle, I think brings a smile to a lot of faces,” said Palaszczuk.

So far there have been no reports of deaths from cyclone Debbie. A man was badly injured when a wall collapsed on him Tuesday.

Great Barrier Reef islands popular with foreign tourists were among the worst hit.

Daydream Island Resort said it bore the brunt of the storm and sustained significant damage, including to its jetty and accommodation wings.

“Conditions were extreme with heavy rainfall and strong wind gusts causing damage to the resort and surrounds,” the resort said in statement, adding that all guests had been accounted for.

As day broke, scenes of devastation began to emerge.

“This beautiful seaside town is now half-wrecked, but we will rebuild,” he told Channel Nine television.

In the mining town of Collinsville, roofs were reported ripped off houses from a storm residents called “savage” and emotionally draining, with winds raging for hours.

“I’m shattered emotionally and physically. I’ve gone through the worst 24 hours I’ve experienced in my 53 years,” a local identified only as Julie told the Australian Broadcasting Corporation.

Emergency crews began to venture out at first light to better assess the damage, with the federal government having soldiers, helicopters and planes on standby to help clean up.

Prime Minister Malcolm Turnbull said he had “put in place the biggest pre-deployment of the Australian Defence Force in advance of a natural disaster”.

Having lived through cyclones before, many people were prepared and sandbagged and boarded up homes after warnings to prepare for the worst weather to pummel the state since Cyclone Yasi in 2011, which ripped houses from their foundations and devastated crops.

Tens of thousands evacuated to higher ground, cyclones shelters or moved out of the region before it hit.

Yasi, which struck less populated areas, caused damage estimated at Aus$1.4 billion. Debbie has officially been declared a catastrophe by the Insurance Council of Australia, allowing claims from the disaster to be prioritized. – Rappler.com