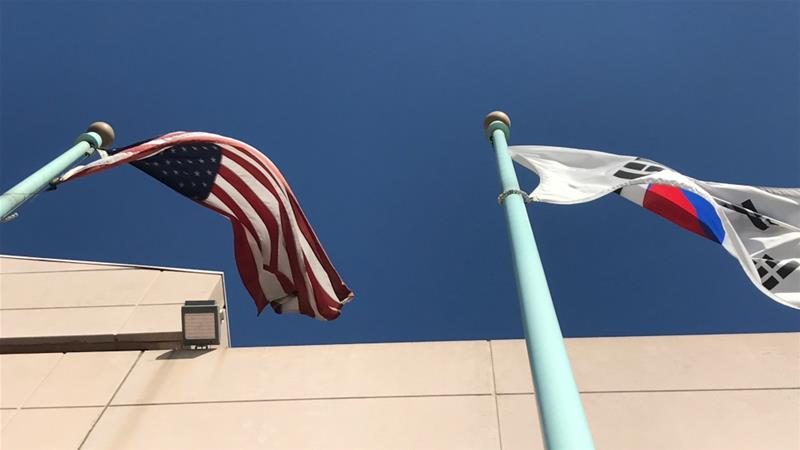 LOS ANGELES, USA – What differentiates undocumented Americans of Asian and Pacific Islander origin from other undocumented communities are also the reasons for their resounding silence as they’re faced with an administration increasingly hostile to migrants, activists say.

In recent weeks, undocumented Americans of Latin origin who have spoken publicly appear to have been targeted by immigration authorities. Many in the broader undocumented community say they are now frightened to speak to the press.

The undocumented Asian American Pacific Islanders’ (AAPI) silence is enforced not just by fears of deportation – separation from one’s family and a jolting return to societies that, after decades for some, have grown dauntingly unfamiliar – their silence also owes itself to what many advocates describe as shame for being in the United States without papers.

“While a number of undocumented Latino immigrants have embraced the idea of undocumented immigrants, there’s still a large stigma and fear and shame in our community,” says Kham Moua, senior policy and communications manager for the Washington-headquartered national advocacy group OCA – Asian Pacific American Advocates.

Many undocumented AAPI don’t even tell their closest friends and community members about their status – let alone the social justice advocates who could help them fight an onslaught of anti-immigration measures under the administration of President Donald Trump. (READ MORE: A Chinese American lesson for Trump)

Living in the shadows

If undocumented AAPI are overlooked, they often misinterpret it as a good thing, some say.

“People think if we’re quiet, if we put our heads down, we’ll be OK. That’s not the case,” says Ivy Teng Lei, 26. Teng is undocumented.

Originally from Macao, Teng arrived in the US at the age of 7. She is vocal on behalf of other undocumented AAPI, whom she hopes will speak out before it’s too late.

“As an Asian American who doesn’t get as much exposure as the Latino undocumented community, despite there being [more than one] million undocumented Asian Americans, I’ve shown up at so many forums saying, look this is the face of someone undocumented, and this is a narrative not being talked about.”

Many like Teng are trying to disabuse members of the undocumented AAPI community of what they characterise as a false sense of security.

“During times where we see policies targeting immigrant communities, undocumented Asians and Pacific Islanders don’t necessarily think they may be as vulnerable as someone who crossed the border. Most undocumented Asians and Pacific Islanders come over with some form of visa that expires, they think they are less vulnerable when, in fact, any non-citizen is susceptible to these policies targeting immigrants.”

There are 11 million undocumented Americans in the US. Despite prevalent stereotypes, they hail from around the world – not just Latin America. But that’s often the implication, in media and now from the White House. When on the campaign trail, Trump spoke about the “bad hombres” Mexico was allegedly sending to the US, the implication for many in his audience was that the identifiers “Mexican” and “undocumented” are synonymous. (READ MORE: Asian Americans – Myth and reality)

Facing all the same uncertainties

But undocumented AAPI exist and face the same uncertainty. In late February, more than 50 people were rounded up by immigration authority raids targeting Asian cuisine restaurants in Mississippi, US media reported.

An estimated 1.6 million of those undocumented people are Asian American, according to a University of California, Riverside project called AAPI Data that collects hard-to-find data on the AAPI community. The AAPI Data cited New York City-based non-profit Center for Migration Studies.

Nearly a third of those undocumented Asian Americans are in California. Los Angeles County boasts the largest, most diverse AAPI community in the country, and has been hailed by local media as the “capital of Asian America”.

In the heart of Los Angeles, Koreatown covers a sprawling 3 square miles where countless services draw non-Korean Americans, amid the growing international popularity of Korean dramas, cosmetics and electronics.

But beyond its booming service sector, many in the Korean American community are living in fear.

Alexandra Suh, director of community advocacy group the Koreatown Immigrant Workers Alliance (KIWA) – which advocates on behalf of many Americans of Korean and Latin origin living its community – told Al Jazeera that about 20% of Korean Americans are undocumented.

“Everyone is living in this silent fear,” says Suh.

“We had a member who said, when her father passed away, she wanted nothing more than to go to Korea to attend the funeral, but she couldn’t. And not only could she not go because she [wasn’t sure if she would] come back, she also couldn’t share that pain with close friends, because they didn’t know she was undocumented,” Suh adds.

The silence has very serious ramifications for some, OCA’s Moua explains. “That was one of the bigger hurdles when many of us were actively pushing the DACA programme,” he says referring to the Deferred Action for Childhood Arrivals (DACA) programme introduced by Barack Obama‘s administration in 2012, which allowed people who arrived in the country as children to stay for two-year renewable periods if they met a series of requirements.

Stigma, Moua adds, “was part of the reason why [we] didn’t see as many AAPI DACA applicants as there were people eligible for the programme”.

Mari Quenemoen, communications and development director at the Southeast Asia Resource Action Center (SEARAC) advocacy group, says not many are willing to apply for ways to stay in the country legally.

“We haven’t heard of a single Vietnamese DACA applicant, for instance,” she explains.

There are heightened risks to speaking out under the Trump administration, Quenemoen observes. “Under Obama, [the Department of Homeland Security that oversees immigration law enforcement] tacitly agreed not to deport certain community members who had a lot of community support and media coverage, under the policy of prosecutorial discretion.”

“Under Trump, it seems sometimes that drawing attention to an individual could be risky, like in the case of [Daniela] Vargas,” Quenemoen adds. “Many of our most dedicated impacted community members now feel that they could be targeted and deported, causing a lot of fear.”

One of the ways that Moua and others are combating this is by addressing the stigma head-on.

“We are pushing back against narratives that are anti-immigrant from AAPI immigrant groups,” he says. Within the AAPI community, there are those “who don’t look at their experiences as part of the civil rights continuum and don’t put undocumented rights within the civil rights spectrum. Part of the conversation we’re having is how to reach out to those communities and educate them,” Moua adds.

Standing up for the greater good

Ivy Teng Lei is an exception to the rule for undocumented AAPI. She’s speaking out despite the risks and the stigma.

Teng recently penned an op-ed on her American immigrant experience in The Guardian. She’s also part of a growing campaign to call for affordable education for her fellow New Yorkers.

Teng is adamant that she use her full name in this article, despite the heightened risks.

For her, overcoming her fears is a process.

“So, immediately after the Trump election it was obviously – a very clear fear about losing everything I had in my hands,” she says. “I thought the country would always be moving forward from here. After the election, it was very clear we could be deported tomorrow. It’s a very real concern.”

“I literally broke out in hives, because I was so stressed to having to have a family meeting to talk about what would happen to me if I did get picked up, where to find all my things.”

But her work for undocumented people – as a larger group, beyond the undocumented AAPI community – and for affordable education keeps her going.

“It’s like the rally chant – the people united will never be defeated. We cannot wait until one of us is hurt. We have to show solidarity, and that begins by showing up for other communities,” she reflects.

She feels that AAPI communities are empowering themselves to be active and to fight against deportation, albeit more slowly than Latin communities.

“I’m seeing more AAPI getting involved, from parents who are concerned about their children’s future to teenagers who are understanding the world via their social media,” she says. – Massoud Hayoun, Al Jazeera | Rappler.com