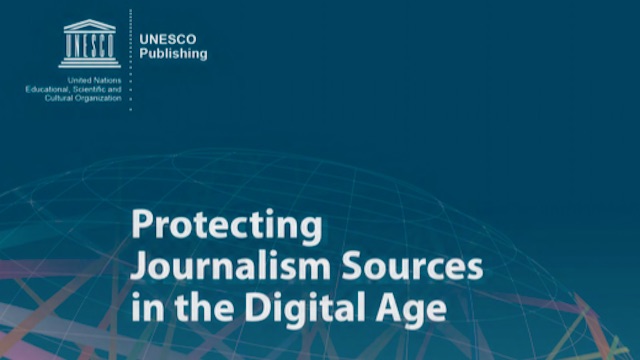 MANILA, Philippines – A massive study on media trends in 121 countries shows increasing threats to investigative journalism as new laws and technologies make it more difficult for journalists to protect the identity of sources.

The UNESCO study “Protecting Journalism Sources in the Digital Age” seeks to encourage journalists to train themselves on digital security, educate the public, and advocate for institutional reforms to protect journalists and their sources.

Investigative journalism is highly dependent on confidential sources and whistleblowers. The study shows how the combination of 3 elements – surveillance, data retention, and national security legislations – have greatly challenged the sustainability pursuing much needed investigative reports.

The study was authored by former World Editors Forum/WAN-IFRA Research fellow Julie Posetti. It will be launched on World Press Freedom Day, May 3, in Jakarta.

It discusses the following recent trends and incidents that the author described as “utterly chilling, and urgent reform is required,.”

These factors represent a “direct challenge” to the universal human rights of freedom of expression, the study said.

“It finds that the legal frameworks that support protection of journalistic sources, at international, regional and country levels, are under significant strain – a development that is seen to represent a direct challenge to the established universal human rights of freedom of expression and privacy, and one that especially constitutes a threat to the sustainability of investigative journalism,” according to a press release issued by UNESCO.

Posseti said she hopes the study will prompt moves to defend investigative journalism against these challenges.

The press release cited 13 key findings, detailing challenges, opportunies, and recommendations based on the experiences of the countries that were studied.