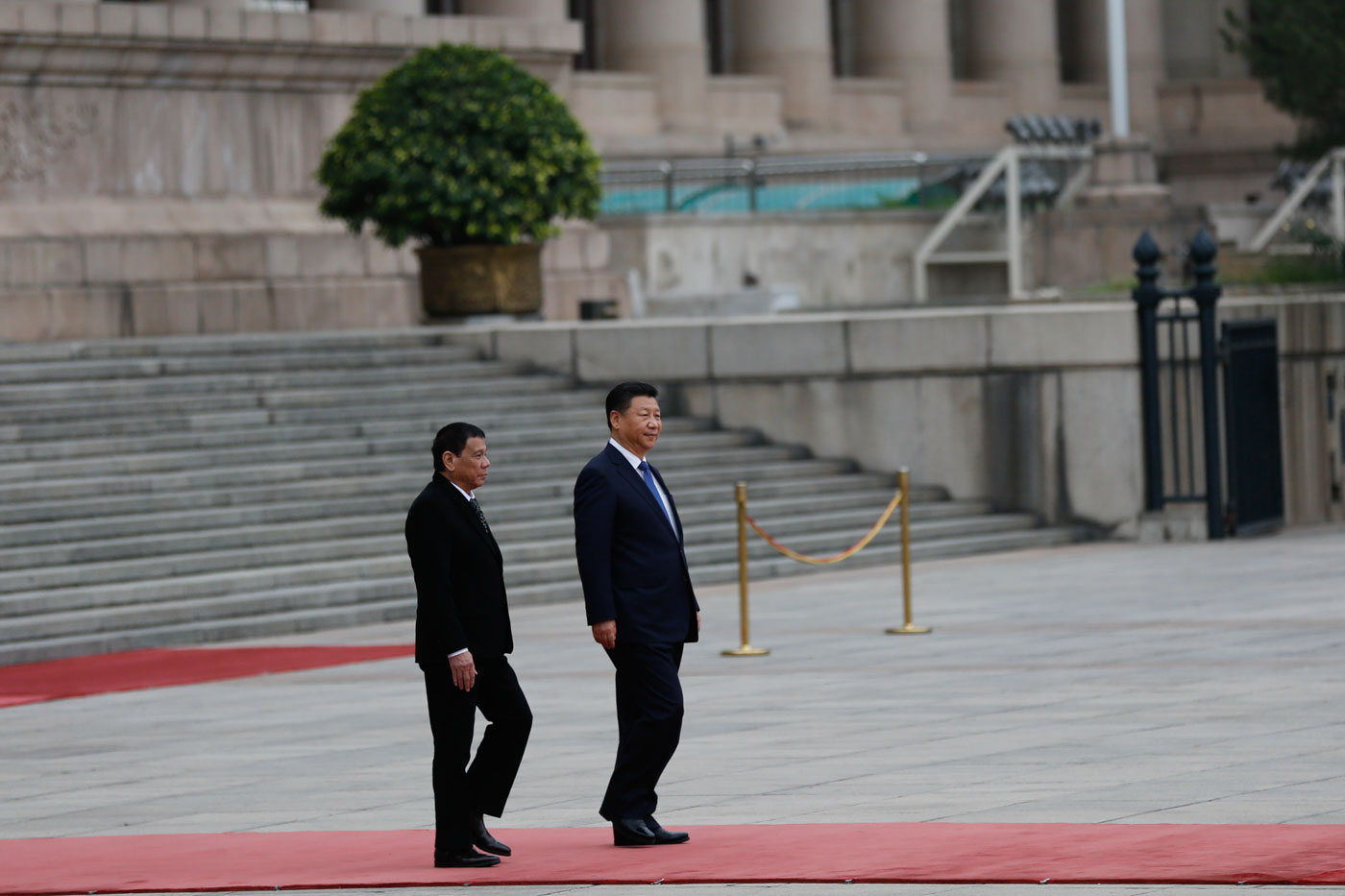 Duterte revealed details of his phone call with Xi on Thursday, May 4, during a gathering of doctors in Davao City.

Duterte said United States President Donald Trump, who had called him just 4 days ago, raised the possibility of China helping to ease tensions.

“[President Trump] called 4 days ago to ask me if President Xi Jinping could do something about the situation regarding Kim Jong-un,” said Duterte.

“So I called President Xi Jinping: ‘I am calling you at the behest of the United Sates President Trump. We are all agreed in the ASEAN and even President Trump that you can do something,'” said Duterte.

He recalled adding, “Actually the biggest contribution [out] of all others is your intervention.”

Duterte did not give any more details about what he asked Xi to do, saying he has yet to relay the outcome of the call to Trump.

The Philippine President enjoys warm ties with China after he declared an “independent foreign policy” and vowed not to raise an international ruling invalidating China’s claims in the South China Sea.

Duterte is also this year’s chairman of the Association of Southeast Asian Nations (ASEAN), a 10-member regional bloc.

North Korea had previously appealed to ASEAN for support in its row with the US to prevent what it warned could be a “nuclear holocaust.”

The rogue nation is angered by US-South Korean military exercises while Washington has toughened its rhetoric against North Korea’s nuclear program.

ASEAN leaders expressed “grave concern” over North Korea’s recent missile tests. Duterte, as ASEAN chair, called on both the US and North Korea to “show restraint.”

Duterte previously called North Korean leader Kim Jong-un someone who “relishes letting go of his missiles” and a “guy who simply wants to end the world.” – Rappler.com