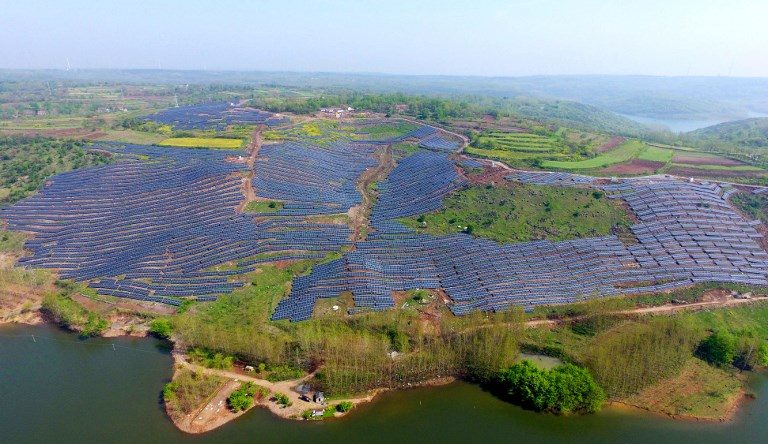 BEIJING, China (UPDATED) – Beijing vowed on Friday, June 2, to uphold the Paris climate accord after the United States withdrew from the pact, saying it was a “responsibility shouldered by China as a responsible major country”.

“We think the Paris accord reflects the widest agreement of the international community with regards to climate change, and parties should cherish this hard-won outcome,” said foreign ministry spokeswoman Hua Chunying.

“We also hear that our actions and leading role are applauded by the international community,” Hua told reporters. “We will earnestly implement our obligations.”

Hua spoke in Beijing as Chinese Premier Li Keqiang met with European Union leaders at a summit in Brussels where the two sides were expected to adopt a joint statement stressing their commitment to the Paris deal.

Hua said China wants to strengthen cooperation with various parties to “push for the follow-up negotiations on the articles of the agreement and promote low-carbon green development globally.”

Despite Washington’s withdrawal from the agreement, Hua said: “We also stand ready to cooperate with the international community members including the US to push forward green, low-carbon development globally.”

President Donald Trump caused international consternation on Thursday when he announced the United States was ditching the agreement, arguing that it was too lenient on China, India and Europe.

China and the US, the world’s first and second biggest polluters respectively, are together responsible for some 40 percent of the world’s emissions and experts had warned it is vital for both to remain in the Paris agreement if it is to have any chance of succeeding.

But China has also been investing billions in clean energy infrastructure, as its leaders battle to clear up the notorious choking pollution that envelops its biggest cities, including Beijing.

“This is a responsibility shouldered by China as a responsible major country and what China’s development calls for,” she said.

“Trump’s decision to ditch the Paris deal will leave a fairly big shoe for a single country to fill,” Xinhua wrote.

“But other major players including the European Union, China and India have reiterated their willingness to step up efforts in the face of the US change of heart over the landmark deal,” it said. – Rappler.com