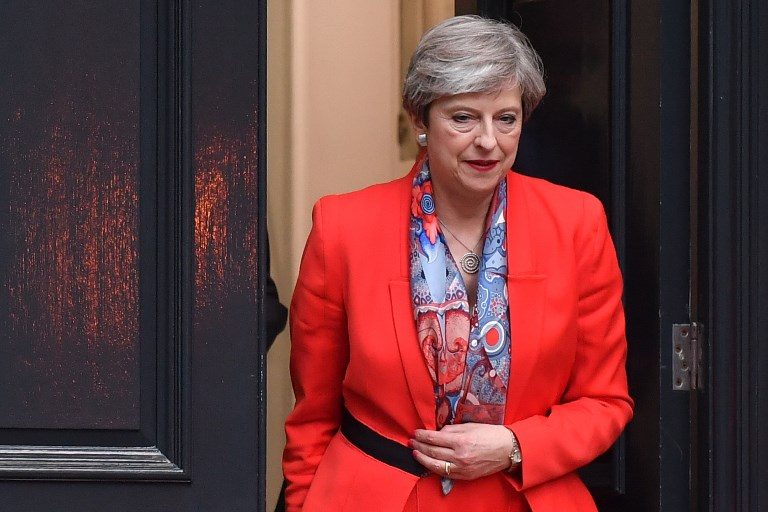 May called the snap election in April in an attempt to extend her majority and strengthen her position, but her gamble backfired spectacularly after she failed to win enough seats to form a Conservative government.

Sterling sank against the dollar and the euro as investors questioned who was now going to control the Brexit process.

EU Economy Commissioner Pierre Moscovici said May had “lost her bet”, while the timetable for Brexit talks, due to begin in 10 days time, has been thrown into disarray, raising suggestions that it could be extended.

She also faced pressure to quit from inside and outside her party after a troubled campaign overshadowed by two terror attacks, although British media quoted party sources saying she had “no intention” of doing so.

She is expected to give a speech at around 0900 GMT.

After being re-elected with an increased majority in her own seat, May said Britain “needs a period of stability” as it prepares for the complicated process of withdrawing from the European Union.

She said that while the full results had yet to emerge, her party seemed to have won the most seats and “it would be incumbent on us to ensure we have that period of stability”.

But Leftist opposition leader Jeremy Corbyn, whose Labour party surged from 20 points behind, urged May to quit, saying she had “lost votes, lost support and lost confidence”. 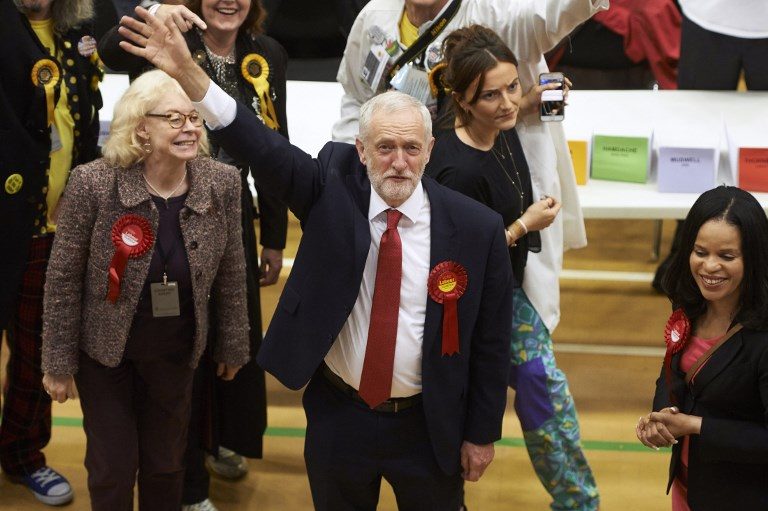 Former finance minister George Osborne, who was sacked by May, told ITV News: “Clearly if she’s got a worse result than two years ago and is almost unable to form a government then she I doubt will survive in the long term as Conservative party leader.”

With a handful of seats still to be declared, the Conservatives were predicted to win 318 seats, down from 331 in 2015 – yet another upset in a turbulent year since the EU referendum in June 2016.

They were mathematically unable to reach the 326 mark that would give them a majority, meaning they will have to form an informal or formal alliance to forward their agenda.

Labour is expected to increase its share from 229 to 262 seats, resulting in a hung parliament.

May, a 60-year-old vicar’s daughter, is now facing questions over her judgement in calling the election three years early and risking her party’s slim but stable majority of 17.

“It is exactly the opposite of why she held the election and she then has to go and negotiate Brexit in that weakened position,” said Professor Tony Travers of the London School of Economics.

German EU Energy Commissioner Gunther Oettinger said: “With a weak negotiating partner, there’s the danger than the negotiations will turn out badly for both sides… I expect more uncertainty now.”

Early newspaper editions reflected the drama, with headlines such as “Britain on a knife edge”, “Mayhem” and “Hanging by a thread”.

In a night that has  redrawn the political landscape once again, the UK Independence Party (UKIP), which won 12.5% of the vote two years ago and was a driving force behind the Brexit vote, was all but wiped out, hovering around two percent.

The Scottish National Party of First Minister Nicola Sturgeon, which has dominated politics north of the border for a decade and called for a new independence vote after Brexit, was tipped to lose around 21 of its 54 seats. ‘Another layer of uncertainty’

May, who took over after last year’s Brexit referendum, began the formal two-year process of leaving the EU on March 29, promising to take Britain out of the single market and cut immigration.

Seeking to capitalize on sky-high popularity ratings, she called the election a few weeks later, urging voters to give her a stronger mandate.

Officials in Brussels were hopeful the election would allow her to make compromises, but this has been thrown into question by the prospect of a hung parliament.

“It creates another layer of uncertainty ahead of the Brexit negotiations,” said Craig Erlam, senior market analyst at OANDA currency traders.

Despite campaigning against Brexit, Labour has accepted the result but promised to avoid a “hard Brexit”, focusing on maintaining economic ties with the bloc. Barely a month ago, the center-left party seemed doomed to lose the election, plagued by internal divisions over its direction under veteran socialist Corbyn.

But May’s botched announcement of a reform in funding for elderly care, a strong grassroots campaign by Corbyn and the terror attacks, which increased scrutiny of her time as interior minister, changed the game.

Terror in the campaign

Britain has been hit with 3 terror attacks since March, and campaigning was twice suspended.

A suicide bomber blew himself up outside a pop concert in Manchester on May 22, killing 22 people.

The attacks led to scrutiny over May’s time as interior minister from 2010 to 2016, particularly since it emerged that some of the attackers had been known to police and security services.

Labour seized on steep cuts in police numbers implemented as part of a Conservative austerity program, although May insisted she had protected funding for counter-terrorism. – Rappler.com