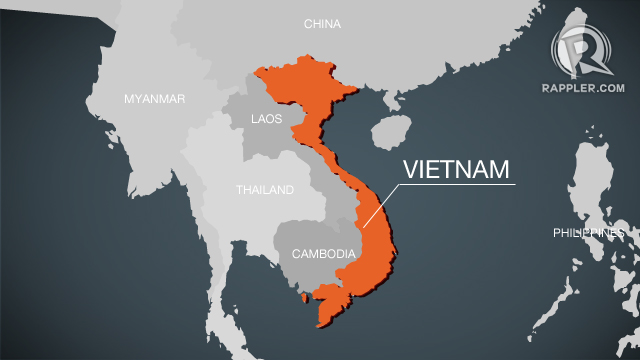 HANOI, Vietnam – Vietnam issued arrest warrants for 14 bankers and took two more into custody on Tuesday, August 1, after accusing them of causing losses totalling hundreds of millions of dollars in the scandal-tainted sector.

The communist government has been on the warpath against wrongdoers in an industry plagued by favoritism and dodgy loans – part of a broader drive against corruption in the country.

A total of 16 people from various private and government-owned banks are accused of deliberate misconduct, the Ministry of Public Security (MPS) said on its website without elaborating.

The bankers allegedly colluded with the private Vietnam Construction Bank to skirt the law to secure millions in loans, causing $660 million in losses, state media reported.

The two most senior bankers named are Tram Be and Phan Huy Khang from Sacombank, one of the country’s leading private banks. Both were arrested Tuesday.

Be is the former bank deputy chairman and belongs to one of Vietnam’s richest families, who earned much of its fortune in logging, real estate, farming and jewelry.

Khang was CEO from 2012 until he was sacked last month along with Be.

Several people have already been punished.

In September last year 36 former Vietnam Construction Bank employees were given jail terms of up to 30 years, after they were accused of secretly withdrawing millions of dollars from clients’ accounts to use for loans or keep for themselves.

Vietnam has achieved several years of solid economic growth of five percent or higher, making it one of the best performing economies in Southeast Asia.

Authorities have also targeted other sectors in their anti-corruption drive. Former state oil executive Trinh Xuan Thanh handed himself into police Monday after an 11-month manhunt.

Also on Monday officials proposed that deputy trade minister Ho Thi Kim Thoa be stripped of her post for suspected wrongdoing at a state-owned lamp factory.

Despite Vietnam’s vow to crack down on corruption, analysts have said prosecutions and punishments are often spurred by political infighting rather than a genuine commitment to reform. – Rappler.com