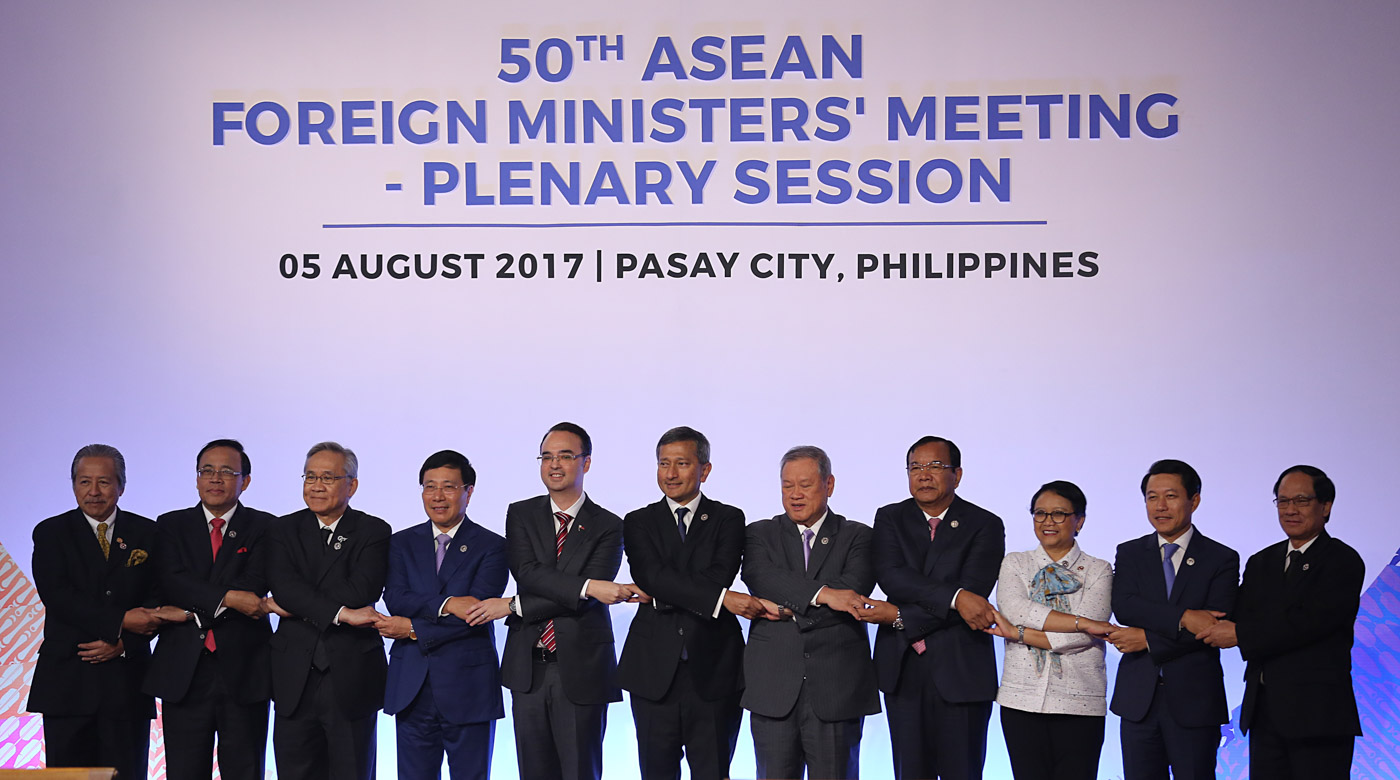 MANILA, Philippines – Foreign ministers of the Association of Southeast Asian Nations (ASEAN) voiced “grave concerns” on Saturday, August 5, over the escalation of tensions in the Korean Peninsula and the missile tests launched by North Korea.

“We, the foreign ministers of the Association of Southeast Asian Nations (ASEAN), reiterate our grave concerns over the escalation of tensions in the Korean Peninsula including the most recent testing by the Democratic People’s Republic of Korea (DPRK) of intercontinental ballistic missiles (ICBCM) on July 4 and 28, 2017, and previous ballistic missile launches and two nuclear tests in 2016,” the ASEAN ministers said in a statement.

“These developments seriously threaten peace, security, and stability in the region and the world. In this regard, we strongly urge the DPRK to immediately comply fully with its obligations under all relevant United Nations Security Council Resolutions,” the ministers added.

“We reiterate our support for the complete, verifiable, and irreversible denuclearization of the Korean Peninsula in a peaceful manner, call for the exercise of self-restraint, and underscore the importance of creating conditions conducive for dialogue to de-escalate tensions,” the ASEAN foreign ministers added.

The ministers also said they support initiatives toward peace in the Korean peninsula. They said ASEAN is ready to help “in contributing peace and stability” there.

The Philippines, which chairs ASEAN this year, said on Friday, August 4, that it is considering downgrading its ties with North Korea.