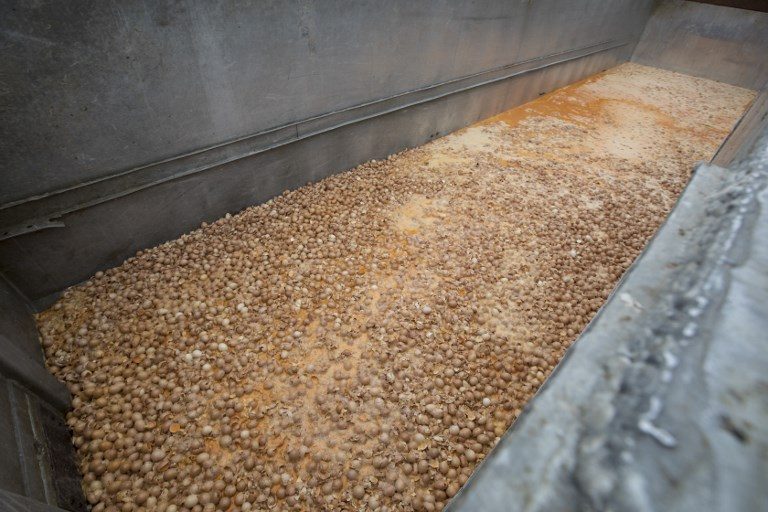 PARIS, France (3rd UPDATE)  –  European consumers complained of being “left in the lurch” by food safety authorities as a scandal over insecticide-tainted eggs snowballed Friday, but said they have no intention of removing eggs from their shopping lists completely.

Eggs contaminated with an insecticide called fipronil – which can be harmful to humans – have now been found in 15 EU countries, as well as in Hong Kong and Switzerland, the European Commission said on Friday.

Fipronil is commonly used to get rid of fleas, lice and ticks from animals but is banned by the European Union from use in the food industry. It can harm people’s kidneys, liver and thyroid glands.

While officials engaged in finger-pointing and mutual recriminations, consumer protection groups said it is clear who is to blame.

“The Netherlands and Belgium, as well as the German regional governments, have only informed the public in a limited way, that was obvious from the first days of the scandal. From a consumer’s point of view, we’ve been left in the lurch,” Sarmadi said.

Foodwatch had been saying for a long time that the food sector was especially vulnerable to fraud,” Sarmadi said.

“In this case, like others in the past, nothing was noticed for a long time, or at least the information didn’t get through to the public.”

But Vytenis Andriukaitis, the European Commissioner for health and food safety, said that “blaming and shaming will bring us nowhere.”

“We need to work together to draw the necessary lessons and move forward instead of losing energy on finger pointing,” he told AFP.

For their part, European consumers, perhaps hardened by a string of food safety scares in recent years, appear to be mostly phlegmatic about the latest scandal, even if they insist they will exercise greater caution in the supermarket.

“We don’t eat many eggs in my family, but we’ve been especially careful about which products might contain them recently. I won’t be buying any mayonnaise until we’ve got the all clear,” said one German shopper, Hans Grofferbert, a federal unemployment agency worker.

Jacky Kur, a supermarket customer in London, said the news reports he had read “said there was no risk to human health, so I still buy eggs. And almost everything you buy now has eggs in, so I won’t pay attention.”

In the Netherlands, Else Steenbergen, 28, also told AFP that she was not scared.

“It’s in a number of different products and if you have to avoid everything that contains eggs, I don’t know what’s left.”

‘Nothing you can do’

A great deal of customers said they would simply buy their eggs from “safer” sources.

I buy organic eggs, and I think organic eggs weren’t affected, these were only imported eggs,” said Gosia Mieczkowska in London.

“I always check whether the stuff is imported or not. So I don’t feel particularly concerned, to be honest. There is nothing you can do really.”

While millions of eggs have been pulled off supermarket shelves all across Europe, retail chains say it’s too early to gauge what effect the scandal will have on sales.

“We don’t have numbers. But with every food scare, you always see some degree of reticence on the part of consumers,” said Axel Haentjes of BVLH, a federation of the biggest German food retailers including REWE, Edeka, Aldi and Lidl.

“There’s always a little dip in the sales” of the product concerned, he said, but the situation would return to normal “quickly”.

Barbara Pfenniger, of the Romande Consumer Federation, or FRC, in Switzerland, said she had received a number of enquiries from concerned consumers.

“Even though the majority of eggs bought by Swiss consumers are Swiss produced and therefore not affected, the scandal highlights the risks of fraud with foodstuffs of animal origin,” she said.

In France, the discounter Lidl has seen sales of battery eggs fall by around two percent, but that drop was being made up for by sales of eggs from other sources.

“In free-range or organic, there’s been no drop. On the contrary, stocks have been sold out in some shops,” said Michel Biero of Lidl France.

Customers had already been switching away from battery eggs prior to this scandal, he said.

“This will only amplify the trend.” – Rappler.com