Aug 11, 2017 7:50 PM PHT
Agence France-Presse
Facebook Twitter Copy URL
Copied
Saaz Wali Shinwari, district governor of Haska Mina, said, 'Unfortunately, in the airstrike we have casualties. Eleven people were killed and one wounded. All the victims, which included women and children, were civilians and they were from one family.' 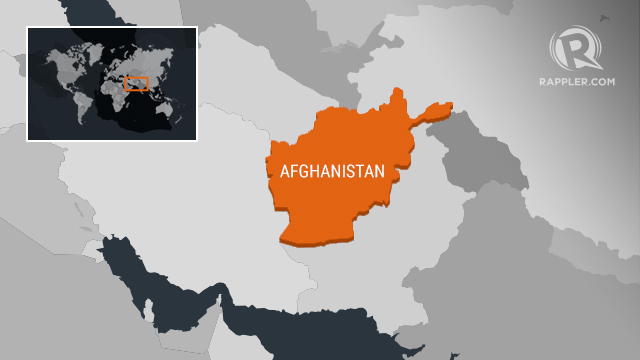 JALALABAD, Afghanistan – Several civilians have been killed in an US airstrike in eastern Afghanistan, local officials said Friday, August 11, the latest setback in efforts to bring peace to the war-torn country.

Saaz Wali Shinwari, the district governor of Haska Mina in Nangarhar province, said the raid was carried out by US troops although there was no official confirmation from NATO.

“On Thursday afternoon, the American forces bombarded a civilian private vehicle… when they were travelling inside the district,” he told AFP.

“Unfortunately, in the airstrike we have casualties. Eleven people were killed and one wounded. All the victims, which included women and children, were civilians and they were from one family.

“The victims were beyond recognition, and they were placed inside the sacks and were buried late last night,” he added.

Of the roughly 13,000 foreign forces in Afghanistan only the United States carries out airstrikes.

They have been regularly targeting Islamic State (ISIS) insurgents who control several districts in restive Nangarhar.

Dawlat Waziri, a spokesman for Afghanistan’s defence ministry, said the strike was carried out by foreign forces in coordination with Afghan officials.

“In the strike, five insurgents were killed and two others were wounded.

“We do not have any news about civilian casualties. But, we have appointed a delegation to investigate if civilians are killed,” he told AFP.

NATO said they were unable to provide any information when contacted by AFP.

Attaullah Khogyani, a spokesman for the Nangarhar provincial governor, said an unknown number of civilians had died but was unable to say who carried out the strike.

“I can confirm an airstrike in Haska Mina district of Nangarhar province and it led to civilian casualties. For the time being, we do not have a precise figure about the casualties,” he told AFP.

Last month a US airstrike killed 16 policemen in Helmand province. It came after a US airstrike in Sangin killed at least 18 civilians, mostly women and children, in February.

Civilian deaths are at an all-time high in Afghanistan. In the first half of the year, 1,662 civilians were killed and more than 3,500 injured, according to the United Nations. – Rappler.com