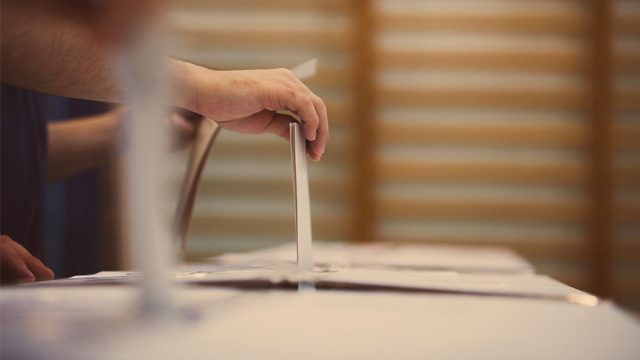 Facebook Twitter Copy URL
Copied
'From next week, we will write the chapters of the new constitution,' says Delcy Rodriguez, leader of the Constituent Assembly

CARACAS, Venezuela – Venezuela’s future constitution, to be written by a new assembly packed with allies of President Nicolas Maduro, will be put to a referendum, the pro-government lawmakers said Thursday, August 24.

The 545 members of the Constituent Assembly – which has seized power from the opposition-led legislature, and drawn international scorn – unanimously decided they would approve the text and then set a referendum date.

The embattled Maduro, who is under pressure over his handling of an economic and political crisis that has sparked deadly protests, has resisted opposition calls for fresh elections but says he will ask Venezuelans to weigh in on the new text.

“From next week, we will write the chapters of the new constitution,” Delcy Rodriguez, the leader of the assembly and Maduro’s former foreign minister, said Thursday.

The Constituent Assembly, which plans to stay in place for two years, was originally tasked with rewriting the oil-rich, cash-poor country’s 1999 constitution, promulgated by the late Hugo Chavez, Maduro’s mentor.

But last week, the loyalists said they had assumed sweeping powers to legislate in matters of security, economy, finances and sovereignty.

Maduro has promised the new assembly will restore peace and prosperity to the country.

But his opponents, angered by the economic crisis that is causing widespread shortages of food and medicine, have demanded his resignation, calling the creation of the Constituent Assembly a brazen power grab.

Nearly 130 people have been killed this year in anti-government protests. – Rappler.com