Most millennials willing to work abroad for career growth – survey

Aug 28, 2017 10:45 PM PHT
Don Kevin Hapal
Facebook Twitter Copy URL
Copied
The United States remain the top destination of choice for millennials who are willing to work outside of their country of residence, according to a World Economic Forum survey 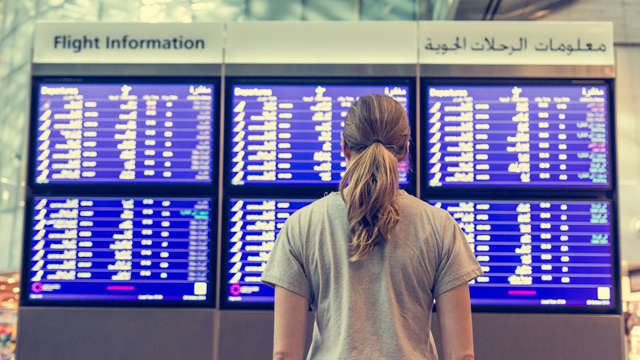 MANILA, Philippines – Most young people are willing to live outside their country of residence to find a job or advance their career, the World Economic Forum’s survey on millennials found.

Released on Monday, August 28, the Global Shapers Annual Survey 2017 results showed that 81% of respondents from over 180 countries are willing to work abroad.

For the 3rd year in a row, the United States is still the top destination of choice for those who are willing to advance their career abroad at 18.2%, followed by Canada at 12.4%, and the United Kingdom at 9.6%. 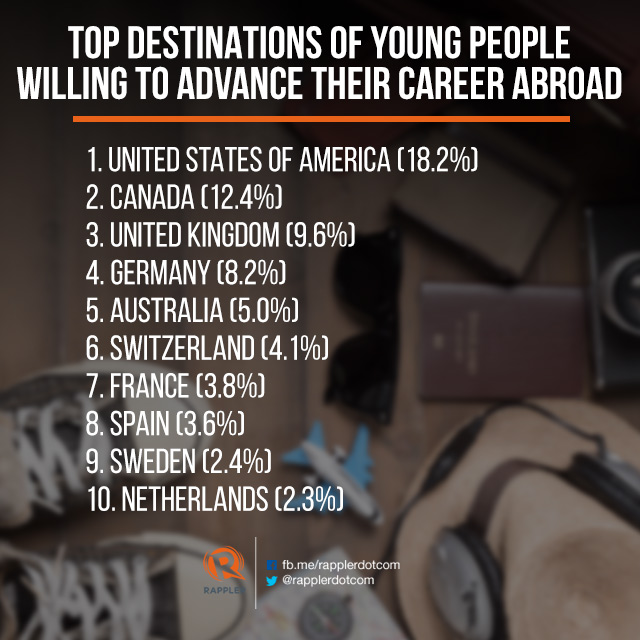