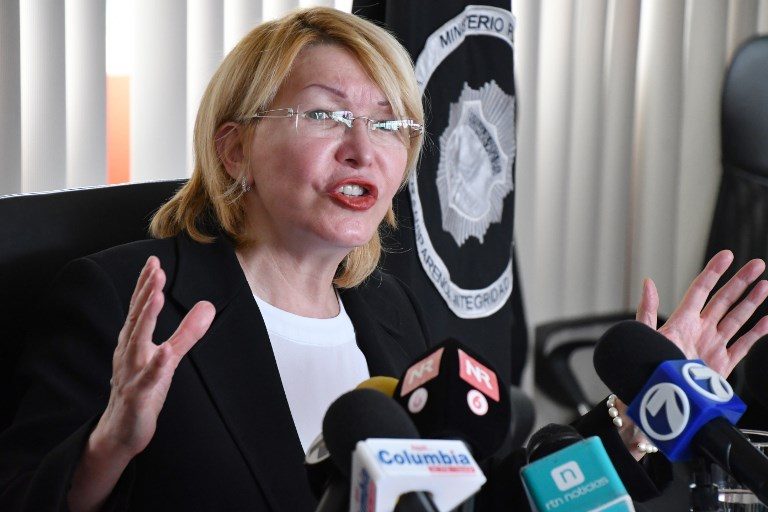 Facebook Twitter Copy URL
Copied
Luisa Ortega: 'I have information that the persecution is continuing against me and that the government has contracted hitmen to end my life'

“I have come specifically to lodge a complaint before the Costa Rican justice ministry and the Inter-American Commission on Human Rights,” she told a news conference in Costa Rica’s capital of San Jose alongside that country’s chief prosecutor, Jorge Chavarria.

“I have information that the persecution is continuing against me and that the government has contracted hitmen to end my life.”

Ortega, 59, is a fugitive from Venezuela. She fled with her husband on August 18, two weeks after a new loyalist assembly established by Maduro booted her from office.

She had been a fierce critic from within Maduro’s regime, and had continued to make allegations against the Venezuelan leader from abroad, in several Latin American cities.

Ortega arrived Monday, August 28, in Costa Rica, where she was to visit the Inter-American Court of Human Rights that is based in the country. Her itinerary was not given for security reasons.

The ex-attorney general said the trip was part of her efforts across Latin America to highlight alleged abuses by Maduro’s government and to seek support to restore democratic order to her country.

“Every day, Venezuela is suffering from a lack of food, medicines, there is a serious health problem,” she said.

“In a country with so many resources, our compatriots are eating trash, and we are living a systematic violation of human rights.”

“Repression by the Venezuelan government” is what has killed 130 people and hurt 2,000 more in months of protests against Maduro, Ortega said. – Rappler.com