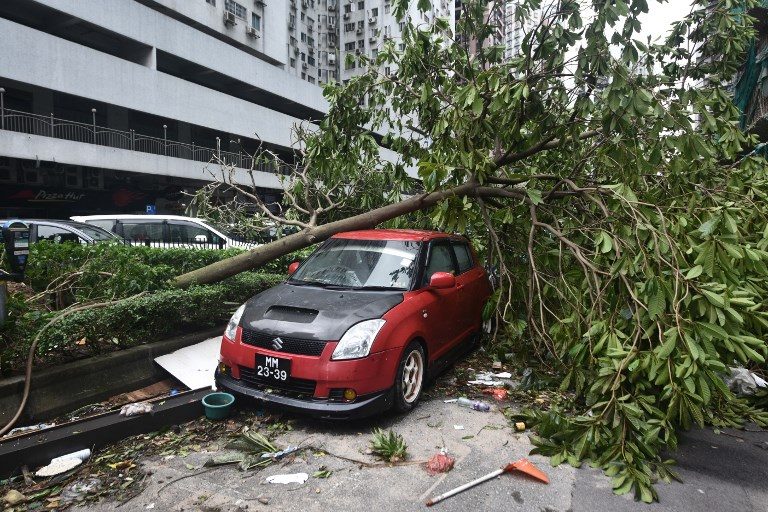 MACAU – Macau graft busters have begun a probe into the city’s weather bureau over its handling of deadly Severe Typhoon Hato, amid reports that deference to the island’s gaming industry was behind delays to its storm warnings.

The destruction wrought by the typhoon, which killed at least 10 people, prompted the resignation of Macau’s weather chief, an apology from the city’s leader and the deployment of the People’s Liberation Army Macau garrison to help in relief efforts.

Reports said consideration for the city’s gambling industry played a role in delaying the storm warning over Hato, which hit the city last Wednesday, August 23, and was believed to be the strongest storm in 53 years.

Macau’s Commission Against Corruption (CCAC) on Monday, August 28, said they received a “large volume of complaints” over the Macau Meteorological and Geophysical Bureau’s typhoon warning.

The investigation into the bureau centers on its “typhoon warning process and its internal management” along with its former head, Fong Soi-kun, who resigned last Thursday, August 24, the CCAC statement said.

It also added that it received similar complaints last year during Typhoon Nida, when the third highest typhoon warning T8, which mandates a shutdown of the city, was not raised.

“There can be no doubt the ‘casino factor’ plays into the thinking of those charged with making storm signal decisions,” an unnamed source told the South China Morning Post, adding that once a T8 is raised, casinos must pay all staff overtime.

The newspaper said the Macau T8 signal was raised around 9 hours after Hong Kong issued the same warning, with residents complaining that the timing of the notice came just as people were traveling to work.

Macau police also arrested an elderly man and his sister for spreading false information online, saying that bodies were found in a flooded car park in one of the worst hit areas, the Post reported Tuesday, August 29.

A further 8 people are known to have died from Typhoon Hato in the neighboring mainland Chinese province of Guangdong.

Streets appeared cleaner after local residents of all ages and around 1,000 troops from the Chinese People’s Liberation Army Macau garrison worked to clear piles of debris blocking the streets.

Summer is typhoon season for the region including Hong Kong, which can experience storms of such severity that the entire city shuts down. – Rappler.com