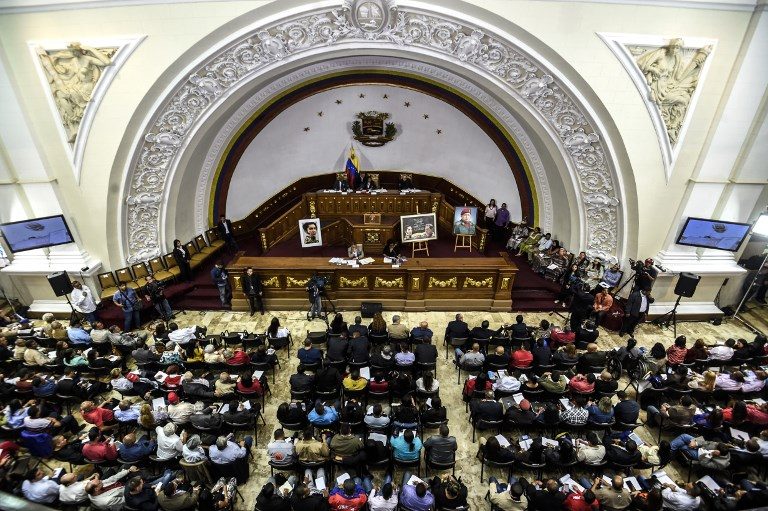 The assembly approved a decree in which it announced a “historic” trial against “those who are involved in promoting these immoral actions against the interests of the Venezuelan people.”

Although the document did not identify which opposition figures the assembly might put on trial, members participating in the meeting accused the opposition leadership, in particular legislative speaker Julio Borges and his deputy, Freddy Guevara.

“We know that Freddy Guevara is a delinquent and has to pay, that Julio Borges is another delinquent who has to pay; they have no homeland,” said assemblywoman Iris Varela, eliciting applause from colleagues.

On Friday, August 25, the White House unveiled tough new financial sanctions against Caracas, which it said were aimed at stemming vital funding to the “dictatorship” of Venezuelan President Nicolas Maduro.

Maduro has indicated that Borges was primarily to blame for the new measures, and called recently for the legislative speaker to be tried for treason.

According to the country’s penal code the crime of treason carries a prison sentence of 20 to 30 years.

Venezuela’s opposition says there are some 590 “political prisoners” in the country.

Moscow on Monday slammed the US sanctions, saying they were aimed at damaging the Latin American nation’s economy and aggravating tensions.

But French President Emmanuel Macron accused Maduro of creating a “dictatorship” in one of the harshest condemnations yet of the South American regime by a European leader.

US President Donald Trump’s threat of military force meanwhile has bolstered Maduro’s oft-repeated claim that Washington is plotting to topple him and wants to grab control of Venezuela’s oil – the largest proven reserves in the world.

The constituent assembly will govern Venezuela for two years with absolute powers, though it is not recognized by a dozen countries in the region, the United States or Spain, as well as international organizations including the European Union and the Organization of American States.

The assembly fired the country’s former attorney general, Luisa Ortega, one of Maduro’s most vociferous critics who denounced the body as “illegal.” – Rappler.com