Bangladesh evicts Rohingya from roadside camps as space runs out 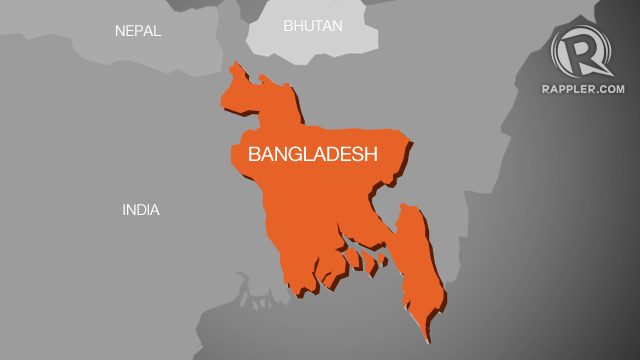 Facebook Twitter Copy URL
Copied
Around 421,000 Rohingya have crossed into Bangladesh since August 25, the UN says, overwhelming the ill-equipped refugee camps along the border

Around 421,000 Rohingya have crossed into Bangladesh since August 25, the UN says, overwhelming the ill-equipped refugee camps along the border.

Aid groups have warned of an unfolding humanitarian crisis in the camps, where mobs of half-starving people rush passing food trucks in violent stampedes for rations.

Authorities are struggling to cope and those left to fend for themselves have taken refuge in roadside shanties or clearing land on hills and farms for tents.

The government has been trying to herd refugees into designated areas, fearful that nearby cities could be overwhelmed if they are left unchecked.

Police on Tuesday cleared squatters and dismantled shanties around Kutupalong, one of the largest camps where the roads are choked with refugees and long queues of traffic snake from aid centres.

Amina Khatun, 70, made her home under a makeshift tent in a rubber plantation before police cleared her out. She took refuge in a nearby school but was moved on again.

“We’re running around like headless chickens. They are telling us to go away now. Why?” she told the Agence France-Presse.

Using megaphones, police warned refugees squatting on roadsides they could be arrested if they refused to move.

“The police told us to go, but how can I move again so soon with the kids and belongings in this rain?” said Khadiza Begum, a widowed mother of three, gesturing to the monsoon downpour.

Water pumps have been installed around Kutupalong, with concrete rings stockpiled for latrines.

The government is building a massive new camp nearby to shelter 400,000 people, but the UN says it will take time before it is equipped with tents, toilets and medical facilities.

“The work is ongoing and some newly-arriving families have moved in,” UN refugee agency spokeswoman Vivian Tan told the Agence France-Presse.

“As the influx of refugees continues, we are seeing massive humanitarian needs in Bangladesh across the board.” – Rappler.com