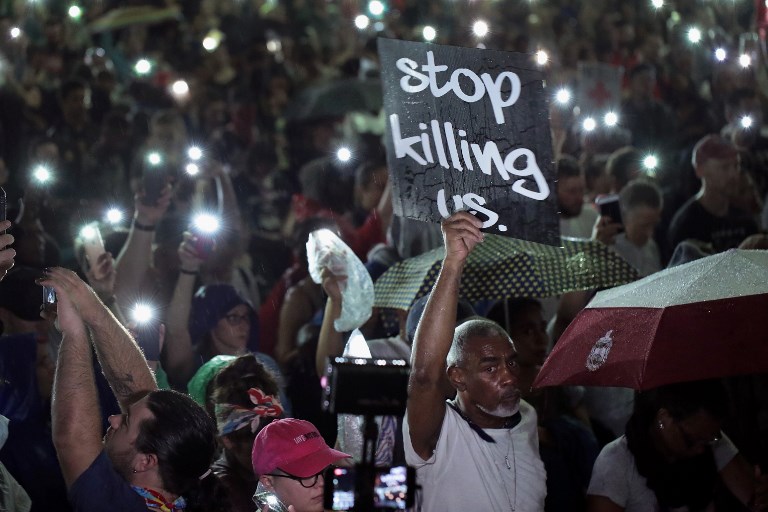 CHICAGO, USA – A US civil rights group signaled Tuesday, September 19, that it would sue the St Louis police department, as criticism mounted over the law enforcement response to days of violent protests.

The American Civil Liberties Union took the first steps toward a lawsuit over questionable police tactics, requesting the city preserve video and other evidence.

Criticism of the police intensified, with accusations of unlawful arrests and excessive use of force to quell three days of violence sparked by the Friday (September 15) acquittal of a white police officer in the fatal shooting of a black man.

The midwestern city’s mayor postponed planned town halls, including one scheduled for Tuesday evening, amid growing public pressure – and said police would be held accountable for any misconduct.

“Intimidation is not conduct that lives up to the standard of behavior expected by City police officers or any City employee,” Mayor Lyda Krewson said.

Earlier peaceful protests were followed by three evenings in a row of violence over the weekend, as some demonstrators hurled bricks through windows, overturned trash cans, and even vandalized the mayor’s home.

Police responded in riot gear, culminating Sunday with the arrests of 123 people, including journalists and legal observers.

Some witnesses told the St Louis Post Dispatch that they were arrested even though they were not protesting — including the newspaper’s own reporter Mike Faulk.

The reporter said several officers knocked him down and a foot pushed his head into the pavement before an officer squirted pepper spray in his face, according to the newspaper.

Witnesses, including journalists, also said a group of police at one point chanted “Whose streets? Our streets” — appropriating a common protest call.

The American Civil Liberties Union said it sought to challenge “several police tactics,” and had previously issued public objections to alleged use of excessive force and illegal arrests.

“Police conduct since Friday’s verdict in the Stockley case makes it clear that the actions of officers will need to be addressed,” Tony Rothert of the ACLU said in a statement emailed to Agence France-Presse.

Krewson, the mayor, said she had been inundated by calls, social media posts and emails with regards to the actions of police.

“I want to assure all citizens that complaints of misconduct that have been made are being reviewed,” Krewson said in a statement.

The protests were sparked by a judge’s ruling that there was not enough evidence to convict former police officer Jason Stockley of murdering Anthony Lamar Smith, a black man, following a 2011 car chase.

The officers targeted Smith after suspecting that he was involved in a drug deal.

Protesters on Tuesday chanted Smith’s name, and held up their hands for 6 minutes for the 6 years it took for Stockley to be tried.  – Rappler.com