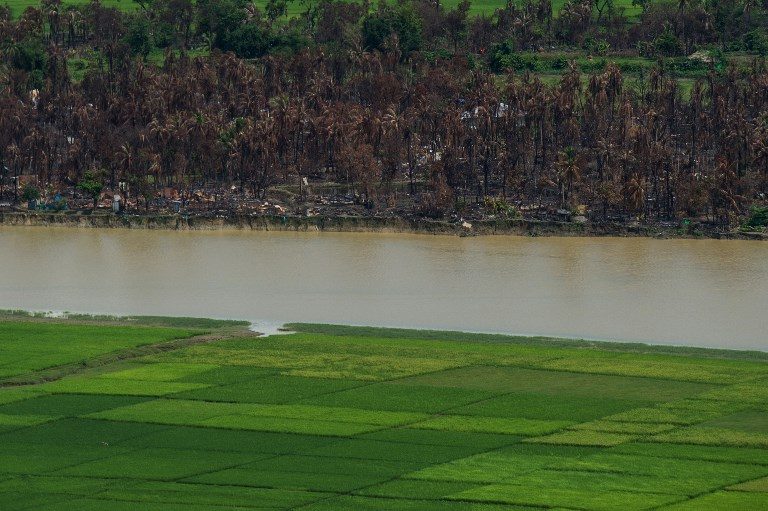 UNITED NATIONS – Representatives of UN agencies will be permitted to visit Rakhine state in Myanmar on Thursday, September 28, for the first time since the start of a massive exodus of minority Rohingya Muslims.

The United Nations has been demanding access since its humanitarian organizations were forced to pull out of Rakhine when Myanmar’s military launched operations against Rohingya rebels in late August, causing hundreds of thousands to flee into neighboring Bangladesh.

“There will be a trip organized by the government, probably tomorrow, to Rakhine,” UN spokesman Stephane Dujarric said.

“We hope above all that it is a first step toward much freer and wider access to the area,” he said at his daily news briefing.

He said the chiefs of UN agencies would take part in the trip.

The UN has drawn up a contingency plan to feed up to 700,000 Rohingya refugees from Myanmar, and warned that those who fled will not be returning home soon.

“All the UN agencies together have now set a plan for a new influx of 700,000. We can cover if the new influx reaches 700,000,” the World Food Program’s deputy chief in Bangladesh, Dipayan Bhattacharyya, said on Wednesday, September 27.

UN refugee agency chief Filippo Grandi said that for those who have fled to Bangladesh, “return will take time, if it happens, if the violence stops.”

Myanmar’s military, under fire for imposing a news blackout on the campaign around the city of Maungdaw in the country’s west, on Wednesday organized a press tour in the Hindu village of Ye Baw Kyaw.

Mass graves containing 45 Hindu villagers were discovered in the area earlier this week, and the military has accused Rohingya militants of carrying out the massacre.

The decomposing skeletal bodies remained laid out in rows on a grassy field outside Ye Baw Kyaw as distraught relatives wailed, according to Agence France-Presse journalists at the scene.

Hindus who fled the area have told Agence France-Presse that masked men stormed into their community and hacked victims to death with machetes before dumping them into freshly-dug pits.

Myanmar’s army has tried to control the narrative over the crisis, restricting press access to the conflict zone while it posts regular updates that blame Rohingya militants for the bloodshed.

Government and military reports have also sought to highlight the suffering of other ethnic groups, such as Rakhine Buddhists and Hindus, swept up in the communal unrest.

The latest violence has intensified long-running religious hatreds and been complicated by a swirl of rival narratives from different ethnic groups.

Thursday’s visit for the UN representatives will come on the same day that the UN Security Council meets on the situation in Myanmar.

On September 13, the council demanded “immediate steps” to end the Myanmar violence and expressed concern about “excessive force” being used by the military.

The council also called on the Myanmar government to abide by its commitment to facilitate humanitarian aid in Rakhine, but until now that request has not been met.

Secretary General Antonio Guterres will address the UN Security Council during its open door session. As a former UN high commissioner on refugees, Guterres knows Rakhine and the context of the current crisis intimately.

With accusations of “ethnic cleansing” being leveled at the UN General Assembly, Myanmar leader Aung San Suu Kyi said last week she was “ready” to organize the return of the Rohingyas.

The Rohingyas, the world’s largest stateless group, are treated as foreigners in Myanmar, whose population is 90 percent Buddhist. – Rappler.com