Oct 4, 2017 6:09 PM PHT
Agence France-Presse
Facebook Twitter Copy URL
Copied
The town of Hawija is among the final holdouts from the territory seized by ISIS in 2014 and its recapture would leave only a handful of remote outposts in ISIS hands 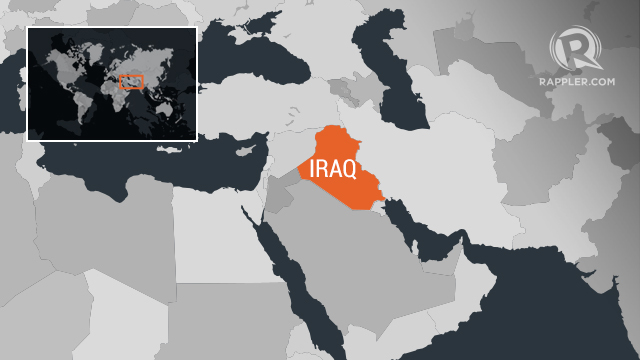 HAWIJA, Iraq – Iraqi forces pushed into the Islamic State (ISIS) group stronghold of Hawija on Wednesday, October 4, commanders said, stepping up their assault against one of the jihadists’ last enclaves in the country.

Government and allied forces backed by a US-led coalition launched an offensive last month to oust ISIS from Hawija, a longtime insurgent bastion.

The town is among the final holdouts from the territory seized by the jihadists in 2014 and its recapture would leave only a handful of remote outposts in ISIS hands.

The Hawija operation’s commander, Lieutenant General Abdel Amir Yarallah, said the army, federal police and rapid response force had begun a major operation “to liberate the centre of Hawija and the neighbouring town of Riyadh.”

Federal police chief Raed Shakir Jawdat said in a statement that elite units had entered the city from the northwest amid artillery and missile bombardments of jihadist positions.

“They are advancing and the goal is to take 7 neighbourhoods of Hawija and 12 vital objectives,” he said, without providing more details.

The operation involves the army, the federal police, elite units, as well as tribal volunteers and the Hashed al-Shaabi paramilitary force, mainly made up of Iran-trained Shiite militia.

The Hashed said its engineers were demining the route into Hawija and that ISIS fighters had retreated to the town center after “their defenses were breached”.

The militia said it had evacuated several dozen families from villages close to Hawija after they escaped jihadist attempts to use them as human shields.

The United Nations announced on Tuesday that an estimated 12,500 people had fled the town since the launch of the offensive to retake Hawija and surrounding areas last month.

The UN’s humanitarian affairs office (OCHA) said the number of people still in the town was unknown but could be as high as 78,000.

It said humanitarian agencies have set up checkpoints, camps and emergency sites in the area capable of receiving more than 70,000 people who could flee.

Hawija, 230 kilometers (140 miles) north of Baghdad, is one of just two areas of Iraq still held by ISIS, along with a stretch of the Euphrates Valley near the Syrian border which is also under attack.

Hawija has been an insurgent bastion since soon after the US-led invasion of 2003, earning it the nickname of “Kandahar in Iraq” for the ferocious resistance it put up similar to that in the Taliban militia’s citadel in Afghanistan.

The town’s mainly Sunni Arab population is deeply hostile both to the Shiite-led government in Baghdad and to the Kurds who form the historic majority in adjacent areas.

The town lies between the two main routes north from Baghdad – to second city Mosul, recaptured from ISIS in July, and to the city of Kirkuk and the autonomous Kurdish region.

ISIS has been forced out of most of the territory it seized in Iraq and Syria during a lightning offensive in the summer of 2014 that was followed by its declaration of a cross-border “caliphate”.

The US-led coalition is also backing an Arab-Kurdish alliance, the Syrian Democratic Forces (SDF), that is battling to oust IS from its de facto Syrian capital Raqa.

Under pressure in Iraq, Syria

The SDF has captured about 90 percent of Raqa and is fighting fierce battles with remaining IS jihadists.

IS’s other main stronghold in Syria is the eastern province of Deir Ezzor, which borders IS-held territory in Iraq.

Two separate offensives are under way against the jihadists in Deir Ezzor — one by the SDF, the other by government forces supported by Russia.

ISIS last week released an alleged recording of its leader Abu Bakr al-Baghdadi calling on the jihadists to “resist” their enemies.

It was Baghdadi’s first alleged message in nearly a year and followed reports of his possible death.

Analysts have warned that as it comes under increasing pressure in Iraq and Syria, IS is likely to seek to carry out more attacks abroad.

The group this week claimed responsibility for the Las Vegas shooting massacre, but US officials have reacted cautiously and experts say IS may be trying to rally its supporters with false claims. – Rappler.com