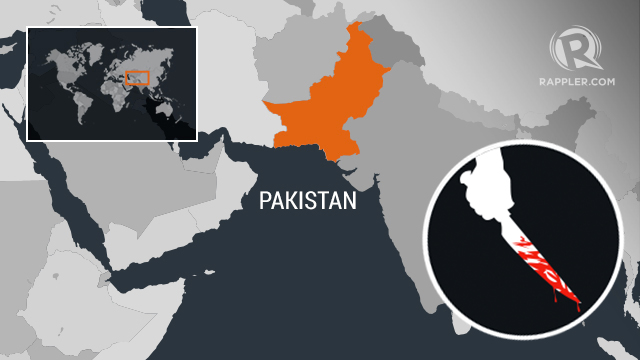 KARACHI, Pakistan – Pakistan police announced a reward of nearly $5,000 on Thursday, October 5, for information that could help them nab a serial attacker who has stabbed 11 women so far in the port megacity of Karachi.

The attacks began late last month when a man on a motorcycle began sporadically wounding women walking on streets in the eastern part of the sprawling city.

They escalated late Wednesday when the attacker targeted 5 women in different parts of the neighbourhood, bringing the total number of women assaulted to 11 and alarming authorities.

CCTV footage of one attack shows the man stabbing a burqa-clad woman from behind and then fleeing, police said.

“It is the pattern that he attacks on the women from rear with some sharp pointed object… We have arrested at least eight individuals having similarities with the appearance of the attacker,” Samiullah Soomro, a senior police officer, told AFP.

Police also announced a reward of 500,000 rupees ($4,700) for information leading to the attacker’s arrest.

“Our full focus in on this case and we hope to find the culprit soon,” Soomro said.

The attacks echo a similar spree in the garrison city of Rawalpindi last year, when a man stabbed 17 women over a series of months, killing one, because he wanted “revenge” for a cruel stepmother.

“I hate women,” 22-year-old Mohammad Ali told police when he was finally arrested in August.

Women in deeply conservative Pakistan have fought for their rights for years, in a patriarchal society where so-called “honour” killings and attacks on women remain commonplace. – Rappler.com