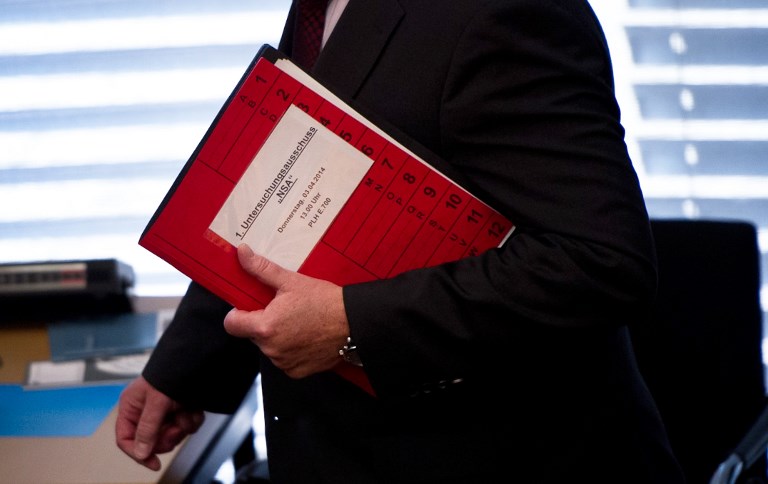 BERLIN, Germany  – Prosecutors in Germany on Thursday, October 5, closed an investigation into whether US and British intelligence services systematically carried out extensive spying on the country’s citizens, citing a lack of hard evidence.

The inquiry was opened after revelations in 2013 by fugitive US intelligence leaker Edward Snowden that the National Security Agency (NSA) and its British partner were conducting sweeping Internet and phone data surveillance, including in Germany.

Chancellor Angela Merkel reacted angrily at the time to news that the NSA had tapped her mobile phone, telling Washington that spying between allies “is not on.”

To Germany’s embarrassment, news broke in 2015 that its own BND service had helped the NSA eavesdrop on EU targets including the French presidency and the European Commission.

Germany’s federal prosecution service said Thursday that it had ended its inquiry into “the possible mass collection of telecommunication data of the German population by British and US intelligence services.”

It said that although the services conducted “strategic signals intelligence” and tapped online communications, there was “no hard evidence” that they “illegally, systematically and massively” monitored German telecommunications and Internet traffic.

The prosecutors said their assessment was shared by Germany’s BfV domestic security service, which handles counterespionage; the IT security agency BSI; the NSA parliamentary inquiry; and the operator of a major European internet hub in Germany.

They added that the “so-called Snowden documents” had documented the US spy service’s “techniques and capabilities” but provided “no concrete evidence of actual espionage activities carried out by the NSA in or against Germany.” – Rappler.com