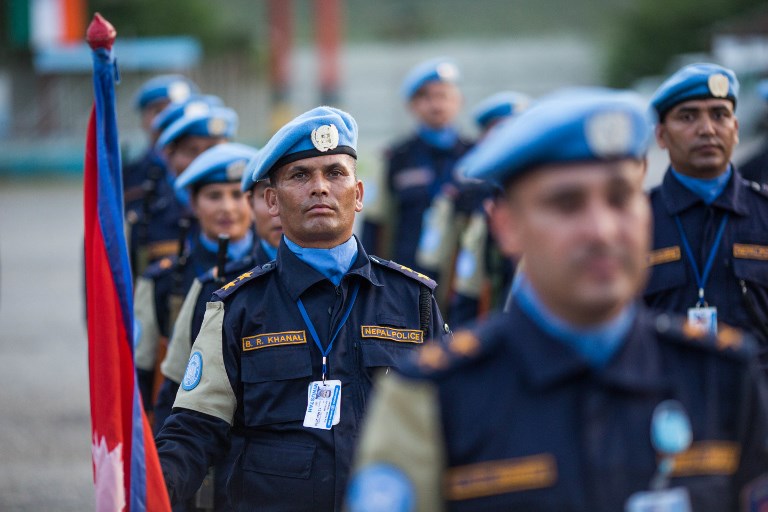 PORT-AU-PRINCE, Haiti – The long-running United Nations mission in Haiti officially ended on Thursday, October 5, after 13 years, but its aim of restoring stability in the Caribbean nation has yet to be fully achieved.

The end of the United Nations Stabilization Mission in Haiti (MINUSTAH) was marked by the lowering of the UN flag on its main military base in the presence of national authorities and diplomats.

“There is still much to do for Haiti to attain the stability and sustainable development to which everyone aspires,” said Sandra Honore, who headed MINUSTAH for the past 4 years.

The mission was deployed in 2004 to help stem political violence after the departure of president Jean-Bertrand Aristide, but it has not endeared itself to Haitians.

Many Aristide supporters have long perceived the mission as something of an occupying army.

The mission’s reputation was further tarnished in 2010, when Nepalese UN peacekeepers introduced cholera, leading to an outbreak that killed thousands of Haitians.

On Thursday, demonstrators took to the streets of Port-au-Prince for the latest in a series of protests sparked by anger over the budget, which many believe hurts the nation’s poorest.

Shots were fired at protesters in the capital on two occasions.

Emmanuel Jean, one of the protesters, accused police who were present of not trying to make an arrest after demonstrators were targeted.

MINUSTAH will be succeeded by the United Nations Mission for Justice Support in Haiti, which will continue training Haitian police.

The new mission will have a total of 1,275 foreign police officers, a figure that will be gradually reduced over two years. – Rappler.com