North Korea says it is operating some factories left by Seoul 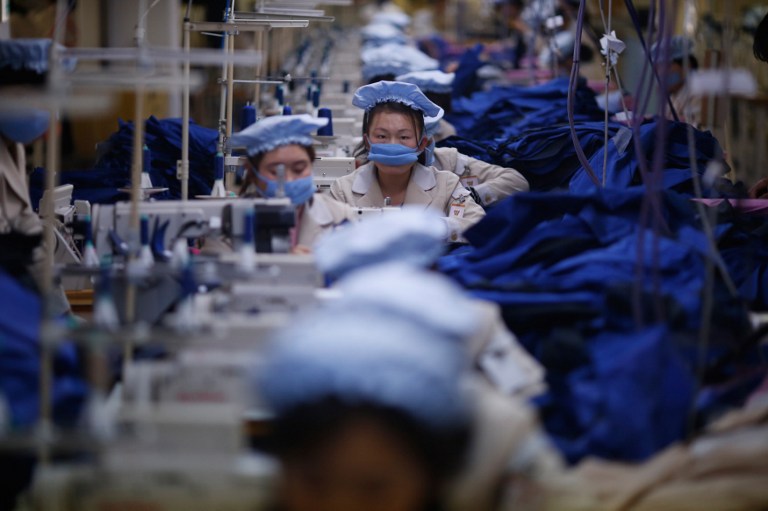 The South suspended operations at the industrial complex in February last year, saying that money Pyongyang made from the venture was going towards its nuclear weapons program.

An association representing the 120 South Korean firms operating factories in Kaesong, which lies just across the North Korean border, estimated the value of the assets left behind at 820 billion won ($663 million).

On Friday, North Korean media outlets confirmed joint-run factories were still running and that plants left by the South could no longer be considered their assets.

“No one can interfere with whatever we are doing in the industrial zone that lies within our sovereign territory,” Uriminzokkiri, one of Pyongyang’s propaganda outlets, wrote.

The article added that Pyongyang would freeze all facilities, products and materials left by the South and eventually control and manage them.

“No matter how fiercely the US and its cronies may attempt to intensify sanctions, they can never stop us moving forward and the plants in the industrial zone will churn out all the more actively,” it said.

Another North Korean online propaganda site, Arirangmeari.com, said the plants left by the South had been forfeited.

“The dogs bark but the caravan goes on. No matter how desperately hostile forces may clamor, the plants in the Kaesong industrial zone will run all the more actively,” it said.

The announcement followed news reports that North Korea has been using Seoul-invested facilities at 19 factories to produce clothes in Kaesong.

North Korea is subject to a multiple layers of international sanctions over its pursuit of nuclear and missile programs.

In response to the announcement, an official at Seoul’s unification ministry told Yonhap news agency: “North Korea must not infringe upon property rights of South Korean companies”. – Rappler.com