Oct 7, 2017 11:16 PM PHT
Agence France-Presse
Facebook Twitter Copy URL
Copied
Police say the group – 4 Malaysians, 3 Filipinos, and one Albanian – were detained between September 27 and October 6 in the states of Sabah, Selangor, and Perak 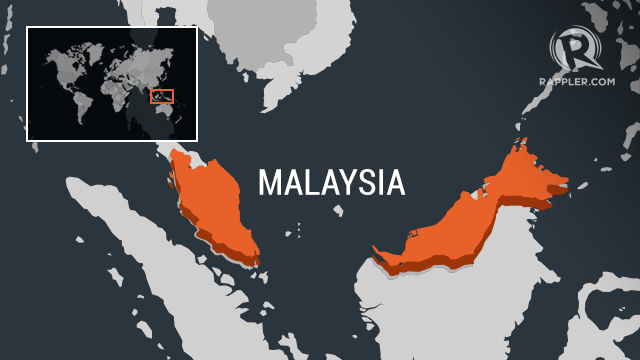 KUALA LUMPUR, Malaysia – Malaysian police said on Saturday, October 7, they have detained 4 locals and 4 foreigners suspected of militant activities, the latest arrest of alleged Islamic extremists in the Muslim-majority country.

The group, who include 3 Filipinos and one Albanian, were detained between September 27 and October 6 in the states of Sabah, Selangor, and Perak, police said.

Fears have been growing in Malaysia that Muslim militants are ramping up their activities, inspired by the Islamic State group (IS, formerly known as ISIS or the Islamic State in Syria and Iraq) and a conflict in Marawi City in the neighboring Philippines between jihadists and authorities.

In the Sabah raid, two Malaysians and 3 Filipinos were arrested, national police chief Mohamad Fuzi Harun said in a statement.

“They were suspected of helping terrorist elements of the Abu Sayyaf Group infiltrate Malaysia via Sabah,” he said in a statement, referring to a terrorist group which operates in the southern Philippines.

The 35-year-old Albanian, a lecturer at a university, was arrested in Selangor and is alleged to have had links to ISIS.

The final arrests were of one man suspected of trying to organize attacks on places of worship, and a second who allegedly sought to recruit people to a local extremist group.

Malaysia, which has rounded up hundreds of suspected Islamic militants in recent years, has not suffered a major terror attack in decades. – Rappler.com