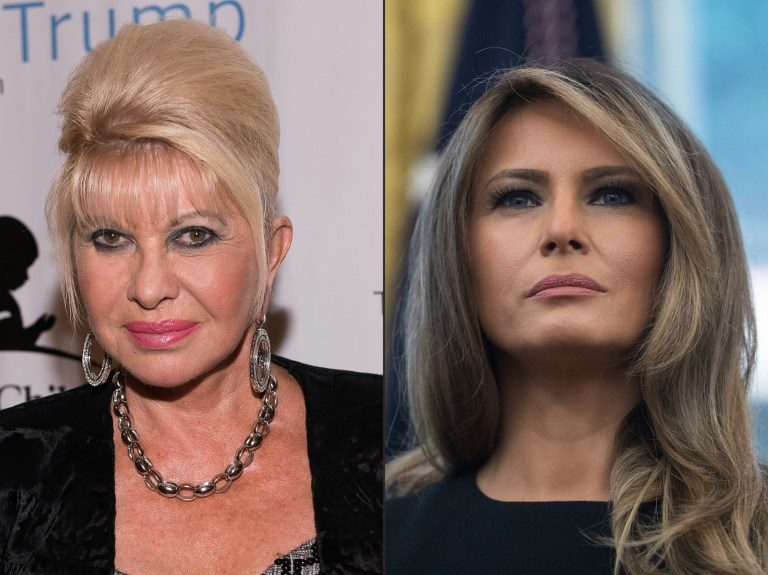 WASHINGTON, USA – US First Lady Melania Trump accused her husband’s first wife Ivana of making “attention-seeking and self-serving noise” Monday, October 10, after the former Mrs Trump jokingly referred to herself as the first lady while trying to sell her memoirs.

In an interview with ABC News to promote her new book – Raising Trump – the 68-year-old Ivana Trump attempted a little joke when describing her longstanding relationship with the 45th US president.

Melania Trump, 47 and normally very reserved, was not amused.

“Mrs Trump has made the White House a home for Barron and the president,” said a tersely worded statement from her spokeswoman Stephanie Grisham, published by CNN. Barron is the Trumps’ young son.

“She loves living in Washington, DC, and is honored by her role as First Lady of the United States.”

“She plans to use her title and role to help children, not sell books,” Grisham said.

She added: “There is clearly no substance to this statement from an ex. This is unfortunately only attention-seeking and self-serving noise.”

The former real estate magnate has two other children: Tiffany, with his second wife, Marla Maples, and 11-year-old Barron – who lives with his parents at the White House.

Ivana, a Czech-born former model, skier, and businesswoman, married Trump in 1979. The couple were a fixture on the New York celebrity circuit before divorcing in a blaze of scandal in 1992.

Trump went on to marry Maples, with whom he had been having an affair, but they divorced 6 years later. Melania is Trump’s 3rd wife. (READ: Meet the Trumps: America’s new first family)