Oct 12, 2017 4:51 PM PHT
Agence France-Presse
Facebook Twitter Copy URL
Copied
Details of the agreement have not yet been released and a press conference is being planned for Thursday at 1000 GMT (6:00 pm, Philippine time) in the Egyptian capital, where talks have been taking place since Tuesday 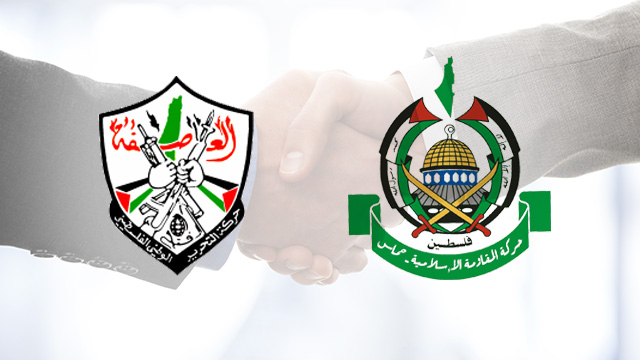 GAZA CITY – Rival Palestinian factions Hamas and Fatah have reached agreement on aspects of their bid to end a decade-long split during talks mediated by Egypt in Cairo, officials said on Thursday, October 12.

Details of the agreement have not yet been released and a press conference was being planned for Thursday at 1000 GMT (6:00 pm, Philippine time) in the Egyptian capital, where talks have been taking place since Tuesday.

An official from Mahmud Abbas’s Fatah movement said the Palestinian president was now planning to travel to the Gaza Strip within a month as part of the unity bid in what would be his first visit in a decade.

Sanctions taken by Abbas against Hamas-controlled Gaza will also soon be lifted, the Fatah official said.

Hamas leader Ismail Haniya’s office said in a statement, without giving further details, that “an agreement was reached today between Hamas and Fatah under Egyptian sponsorship.”

A party to the negotiations, speaking on condition of anonymity, said the agreement would see forces of the West Bank-based Palestinian Authority, which is dominated by Fatah, take control of the Rafah border crossing between Gaza and Egypt.

He added that all Palestinian factions would begin wider negotiations on the formation of a unity government in the coming two weeks.

Zakaria al-Agha, a senior Fatah leader in the Gaza Strip, told the Agence France-Presse (AFP) that Abbas “will be in Gaza within less than a month.”

One of the key issues has been punitive measures taken by Abbas against Gaza in recent months, including reducing electricity payments that left the strip’s residents with only a few hours of power a day.

The two sides had been meeting in the Egyptian capital this week with the aim of ending a crippling decade-old split between the rival factions.

Hamas seized Gaza from Fatah in a near civil war in 2007 and the two factions have been at loggerheads ever since. Multiple previous reconciliation talks have failed.

Egypt has been keen to improve security in the Sinai Peninsula which borders Gaza and where jihadist rebels have fought a long-running insurgency.

Last month, Hamas agreed to cede civil power in Gaza to the Palestinian Authority but the fate of its vast military wing remains a significant issue for the two sides.

Islamist movement Hamas is blacklisted as a terrorist organisation by the United States and the European Union.

It has fought three wars with Israel since 2008 and the blockaded Gaza Strip has seen deteriorating humanitarian conditions.

Faced with increasing isolation and a severe electricity shortage, Hamas has reached out to Egypt for help, hoping to have the Rafah border opened.

The crossing has remained largely closed in recent years.

Egypt has also agreed to provide fuel to the Gaza Strip for electricity production.

In return, Cairo has pressed Hamas to move forward on reconciliation with rival Fatah and the two sides have launched into the negotiations.

Previous attempts at reconciliation have repeatedly failed, and many analysts are treating the latest bid with caution, waiting to see if actual change will occur on the ground in Gaza.

But the move was seen as mainly symbolic, with Hamas still effectively in charge in the Palestinian enclave of two million people bordered by Egypt, Israel and the Mediterranean Sea.

One of the key sticking points will be the fate of Hamas’s 25,000-strong military wing, the Ezzedine al-Qassam Brigades.

Reconciliation could also pose a dilemma for international efforts to reach an Israeli-Palestinian peace deal since Hamas has not recognised Israel, unlike the Abbas-led Palestine Liberation Organisation. – Rappler.com