Oct 13, 2017 8:29 AM PHT
Agence France-Presse
Facebook Twitter Copy URL
Copied
EU leaders are set at a summit next week to order the launch of preparatory work on a future trade deal, even though they will not approve moving on to full trade talks until December. 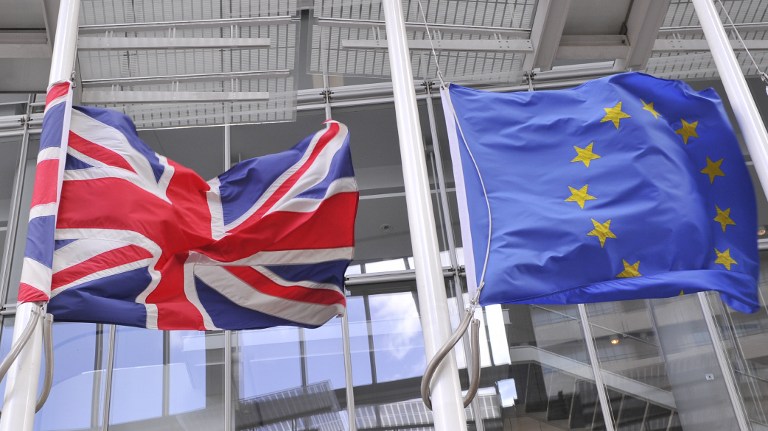 BRUSSELS, Belgium – Britain and the EU are stuck in a “disturbing” deadlock over the Brexit divorce bill, though a breakthrough remains possible in the next two months, EU negotiator Michel Barnier said Thursday, October 12.

In a gesture to London, EU leaders are set at a summit next week to order the launch of preparatory work on a future trade deal, even though they will not approve moving on to full trade talks until December.

But the stalemate will stoke fears swirling in London and Brussels of a breakdown in talks that could see Britain leaving the European Union in March 2019 without an agreement to soften the blow.

After a 5th round of talks with Britain’s David Davis, Barnier said he “cannot recommend” to EU leaders at the October 19-20 summit that negotiations move on from divorce issues to talks on a post-Brexit relationship.

The Frenchman reserved his most cutting comments for the issue of financial commitments, saying Britain had still not spelled out what Prime Minister Theresa May promised in a key speech in Florence, Italy, last month.

“We are at a deadlock on this question which is extremely disturbing,” Barnier said at a press conference with Davis at the European Commission headquarters in Brussels.

But Barnier added: “I remain convinced that with political will, decisive breakthroughs are within reach in the coming two months.”

‘Tiger in the tank’

The leaders of the 27 other EU countries have demanded there be “sufficient progress” on the Brexit bill, the rights of EU citizens living in Britain, and on Northern Ireland before moving on to discuss a post-Brexit trade deal.

Germany has led opposition to having even informal talks on trade or on a two-year trade transition period suggested by May, saying the divorce must be sorted out first.

The tough line taken by Europe on Brexit was restated by French Finance Minister Bruno Le Maire, who said in Washington Thursday that the “British people and British government have to assume the consequences of their decision” to leave.

But May later said the two sides were “very close to agreement” on a number of issues including citizens’ rights and welcomed Barnier’s recognition that progress could be made in the coming weeks.

British Foreign Minister Boris Johnson told the EU to step up the pace. “We’re looking for some urgency from our friends and partners, and it’s time to put a bit of a tiger in the tank and get this thing done,” he said.

Davis, a key figure in the Leave campaign in last year’s Brexit referendum, said he still hoped EU leaders could decide to shift to the next phase when they meet next week.

If that was not possible, he called on the EU to give Barnier a mandate next week to “explore ways forward” even if the next phase is not formally opened.

Deal or no deal?

In response, a draft summit statement by the EU leaders said they would reassess progress in December and if the verdict is positive they will issue guidelines for trade talks plus a transition.

“In order to be fully ready for such a scenario, the European Council invites (ministers) together with the Union negotiator to start internal preparatory discussion,” said the draft obtained by Agence France-Presse.

The concession, however slight, comes amid growing concerns that Britain could leave without a deal, which could cause huge economic disruption on both sides of the English Channel.

Barnier warned that “a ‘no deal’ will be a very bad deal” after May admitted this week that her government was setting aside money for a so-called hard Brexit.

EU President Donald Tusk warned Tuesday, October 10, that the bloc might rethink whether a Brexit deal is possible if there is no progress by December.

“If it turns out that the talks continue at a slow pace, and that ‘sufficient progress’ hasn’t been reached, then – together with our UK friends – we will have to think about where we are heading,” he said. – Rappler.com